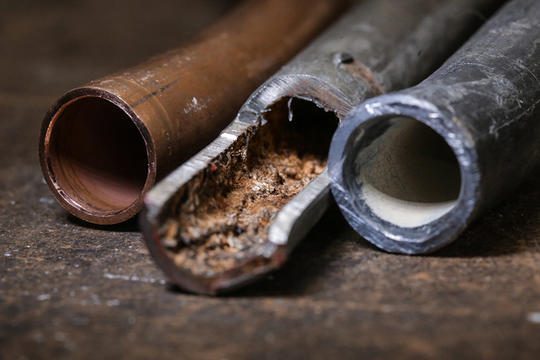 DETROIT – Residents of Flint, Michigan will finally get their lead pipes replaced as the result of a settlement agreement approved by a federal judge today. The settlement will require the State of Michigan and City of Flint to replace Flint’s lead pipes within three years, and will be enforceable by the court. The lawsuit was filed in response to the Flint water crisis, the result of failed government decisions that caused lead to leach out from aging pipes into thousands of homes in Flint.

“This hard-fought victory means safer water for Flint. For the first time, there will be an enforceable commitment to get the lead pipes out of the ground. The people of Flint are owed at least this much,” said Dimple Chaudhary, a senior attorney with the Natural Resources Defense Council (NRDC), and lead counsel in the case Concerned Pastors for Social Action v. Khouri.

The agreement requires the State of Michigan to provide nearly $100 million to the City for replacement of Flint’s lead service lines. The agreement also requires the State to maintain a door-to-door water filter installation and education program, to extensively monitor Flint’s tap water for lead, and to continue to make bottled water available to Flint residents.

“Concerned Pastors brought this lawsuit to heal the damage to the community from both the lead in our water and government indifference, and to take a stand for what is right for the people of Flint. The water issue must be resolved before we can make Flint thrive again, and I believe this resolution offers a path to a healthier, less traumatic future for everyone in Flint,” said Pastor Allen Overton, of the Concerned Pastors for Social Action. “I remain hopeful that we have time to restore Flint to a place where dreams are made and hope stays alive,” said Overton.

Melissa Mays, a plaintiff in the case and one of the parents who confirmed Flint’s water was contaminated with lead through independent testing, said “This is a win for the people of Flint. When the government fails to uphold democracy, and protect our rights to clean water, we have to stand up and fight. The greatest lesson I’ve learned from Flint’s water crisis is that change only happens when you get up and make your voice heard.”

“We are thrilled that, after nearly three years of grappling with lead-poisoned water, the residents of Flint can finally look forward to a long-term solution to a catastrophe that has devastated the community,” said Michael J. Steinberg, Legal Director of the ACLU of Michigan. “The Flint Water Crisis has its roots in the state’s toxic emergency manager law and is a tragic example of what happens when state government displaces democracy to save a few bucks. This ground-breaking settlement marks a huge step toward restoring a long-neglected community to some semblance of normalcy.”

The Court will retain authority to enforce the agreement and to ensure that the State and City meet their deadlines and fulfil their obligations.

Plaintiffs in the case Concerned Pastors for Social Action v. Khouri are Concerned Pastors for Social Action, Flint resident Melissa Mays, the Natural Resources Defense Council, and the ACLU of Michigan. The plaintiffs will monitor implementation of the agreement and make available information related to the status of lead pipe removal and water quality reports at http://www.nrdc.org/Flint.

The Flint water crisis began when dangerous amounts of lead leached out of the city’s pipes and into the drinking water of Flint’s homes and schools following a decision by Flint and Michigan officials to use the Flint River as the City’s primary drinking water source without first treating the water to prevent corrosion. There is no safe level of lead exposure. The toxic effects of lead on virtually every system in the body, and particularly on the developing brains of young children, are well documented and irreversible.

The summary of the settlement is available at:  https://www.nrdc.org/sites/default/files/flint-lead-pipe-replacement-agreement-summary.pdf

Visit www.nrdc.org/Flint for information related to the status of lead pipe removal and water quality reports.