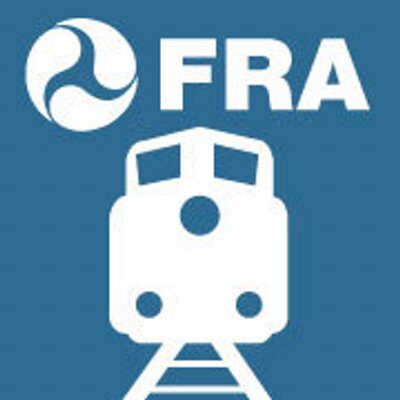 After four years of gathering ideas from elected and state officials, as well as the public, the Federal Railroad Administration this month released its recommendation for faster, more modern train travel along the busy Northeast Corridor.

“In order to keep moving forward, we need a new vision for the Northeast Corridor — a corridor that can move an ever-increasing population safer, faster and more reliably than before,” said FRA Administrator Sarah E. Feinberg.

Feinberg and others, however, emphasized that shifting from recommendation to action will not be cheap. The plan laid out will require a massive infusion of money. But they said, not making the investment would be a mistake.

“While building this recommendation would require significant investment, the cost of doing nothing is much greater,” Transportation Secretary Anthony Foxx said. “The communities and the economies of the Northeast cannot grow and flourish without significant new investment.”

Whether the plan will gain traction in the new Trump administration remains to be seen. The president-elect has pledged to spend $1 trillion to shore up the country’s aging infrastructure, but in recent days, close advisers have signaled that issues such as health care and a rewriting of tax laws may take priority.

Still, the plan to modernize the rail corridor does have strong advocates in Congress. Among them is incoming Senate Minority Leader Charles E. Schumer (D-N.Y.)

“FRA’s NEC futures study further underscores the importance of advancing the Gateway project as quickly as possible,” said Schumer, referring to the plan to build a new rail tunnel under the Hudson River. “I’m going to continue my laserlike focus on making improvements throughout the NEC, beginning with Gateway.”

The FRA’s proposal envisions a 30-year window for the upgrades along the corridor. It makes clear, however, that the agency’s vision is not just about new building but also about returning the much-traveled corridor to “a state of good repair.”

The FRA’s recommendations are the product of four years of input from states, elected leaders, civic organizations and members of the public. Officials said under their proposed plan, the trip between Washington and New York would take 2 hours and 10 minutes — 35 minutes faster than the current travel time. The upgrades would reduce travel time between New York and Boston by 45 minutes, for a total travel time of 2 hours and 45 minutes. The FRA’s recommendation also includes a plan to add direct access from Philadelphia’s 30th Street Station to the city’s airport so that passengers will no longer have to switch trains.
Amtrak officials said the recommendations fit with their efforts to upgrade service along the busy corridor.

“The Federal Railroad Administration’s NEC FUTURE affirms Amtrak’s long-held view that rebuilding and expanding the Northeast Corridor is essential for the growth and prosperity of the entire region,” Amtrak said in an emailed statement.

Transportation Department officials announced this year that Amtrak will receive a $2.45 billion federal loan to pay for upgrades, including 28 new trains for the popular Acela Express service and station upgrades in the District, Baltimore and New York. The loan, the biggest in the department’s history, will be paid back using revenue generated along the corridor, Amtrak officials said.

Demographers project that between 2010 and 2040, the population in the corridor, which stretches from Washington to Boston, will grow to 64 million, an increase of roughly 23 percent. Six of Amtrak’s busiest stations are in the Northeast Corridor, considered the crown jewel of the railroad’s operations, with New York and Washington ranked first and second for passenger traffic.

“The need to improve and revitalize rail service along the Northeast Corridor has been painfully clear for years,” Rep. Don Beyer (D-Va.) said. “The vision put forward by the Department of Transportation is a step in the right direction toward reducing travel time, improving service, and increasing safety and reliability. Sadly, projects like this require the sort of significant infrastructure investments Congress is loath to make. We must see our way past this shortsighted thinking to recognize the true value in a revitalized rail corridor in the Northeast.”