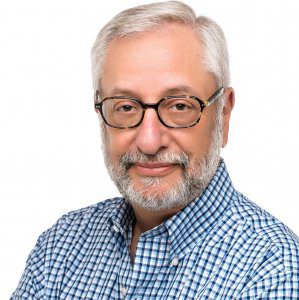 As a brief personal background, I created RAM International back in 1998, which was one of the first companies to incorporate an entire building model into one dataset with a Windows interface, setting the stage for a lot of the AEC technology that exists today.

After I sold RAM to Bentley Systems in 2005, I went into mergers and acquisitions at Bentley, and I did about 10 of those in structural, architectural, electrical and other software technologies. I later led a global sales team for three and a half years with SITEOPS, which we also sold to Bentley Systems. And since then (August 2014), I’ve been working with entrepreneurs primarily outside of the engineering and AEC business, mentoring them in business issues and fundraising. I’ve made investments in 10 startups in the last 16 months.

So I believe I know a thing or two about successfully developing a startup business, and the most important aspect for success is differentiation.

I’ve always differentiated my companies with technology. With RAM, our most successful clients—probably 10 percent—went out and showed the technology and what they could do for their clients.

Because RAM was so fast, when an architect called with a change order, a lot of times that change could be completed in an hour. Architects benefited from the quick response and appreciated not having to pay engineers a lot in extra fees. An engineer with vision goes out and shows his or her clients what they can do.

The strange thing is that 90 percent of the time, users of our product complained or hesitated, stating “I do not want my client to know I can do it that fast—he will cut my fee.” But that type of non-vision is exactly how you fail to succeed! Rather, those are the types of things that keep customers coming back.

With SITEOPS, it was the same thing. The interactive brainstorming that can be done with a client is a differentiator. Sitting down with a client, you can put their vision into a computer and soon have a design scenario with costs.

The client gets engaged, and they love the interaction and transparency of the process. After one of those sessions, you have clients forever. Unfortunately, only a small percentage of our users actually were successful at this, but those who were secured a huge amount of business, even during the rough times after the 2008 recession.

Only 10 percent of my RAM users thought about differentiating themselves in any way, but I worked with quite a few who built their businesses around the technology. They worked directly for developers instead of architects, and when the developer did hire an architect, they’d tell the architect that they–the design engineer–needed to be on the project. Getting that type of preferential treatment is a key to success.

If you’re out there bidding on jobs or competing on low price, which is the norm in the industry, you’re only making a living. If you want to do better than making a living, you have to provide a lot more value to your customer.

The contractors cut construction costs by several hundred thousand  dollars, because this engineer knows the economics of their clients (equipment, formwork, etc.). He can charge large fees, because the developers are saving so much money with his redesign.

There are many ways to differentiate yourself, and engineering companies can make margins that are much better than the norm if you figure out how to specialize.

Become More than a Practitioner

Most dentists, like engineers, are practitioners. Ten percent of dentists really know how to run a business, and they get rich; the rest do well. It’s a profession more than a business.

I see differentiation as a means to get to a profitable business.

I work with one visionary civil firm that has gotten way in front of the pack with drones, using them since they were just toys. Their clients pay handsomely for their services, and they come back time and again because of the increased accuracy and lower costs of performing aerial surveys. Even some of their competitors hire them as subcontractors, because they’re so far ahead of the curve.

Remember, most of your competitors perform quality engineering and provide excellent service. So what can you do to elevate your company over theirs and make you a “no brainer” to your best clients?