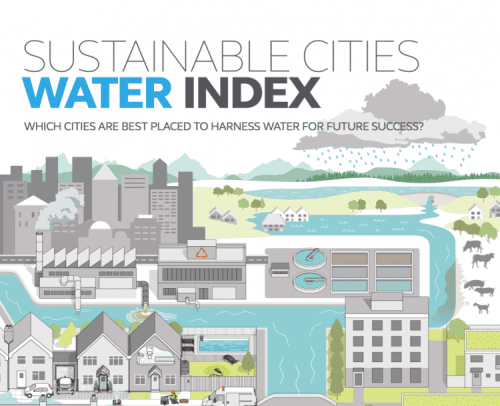 The American Council for an Energy-Efficient Economy released a report stating that energy efficiency has become the nation’s third-largest electricity resource, improving businesses’ bottom lines, returning at least double its investment, and saving American households, on average, $840 a year. According to the report, without efficiency advances, the United States would need the equivalent of 313 additional large power plants to meet the country’s energy needs. And if savings reached their full potential, efficiency would become the nation’s largest electricity resource by 2030.

“For the past 40 years, energy efficiency has been a quiet success story in America’s energy sector,” stated the report. “As the 1973 oil crisis put pressure on energy security and as prices spiked, consumers looked for ways to conserve energy and reduce environmental impacts. Today, energy-efficient technologies, policies and programs impact everyone and have greatly influenced utilities, building designers, industrial planners and manufacturers.”

The full report can be downloaded at aceee.org/research-report/u1604.

The first Arcadis Sustainable Cities Water Index shows that North American cities, threatened by water scarcity and natural disasters, are among the most at risk in the developed world. “The way cities manage their water issues has a direct correlation with quality of life, yet not all [cities] are dealt an even hand by Mother Nature,” explained Michael MacPhee, president of Water for Arcadis North America. “For instance, American cities in the index show their vulnerability to natural disasters and extreme weather, with seven U.S. cities falling to the bottom half of the list when measured for their resiliency to natural threats. U.S. cities that carefully and creatively use their water assets for strategic urban advantage will ultimately be more livable, safe and competitive, while attracting tourism and investment.”

Full details on the 2016 Sustainable Cities Water Index can be found at www.arcadis.com/waterindex.

In September 2016, U.S. Transportation Secretary Anthony Foxx announced 18 U.S. infrastructure projects that will receive federal grants as part of the new Fostering Advancements in Shipping and Transportation for the Long-term Achievement of National Efficiencies (FASTLANE) program.

The grants, totaling nearly $800 million, will be combined with other funding from federal, state, local and private sources to support $3.6 billion in infrastructure investment in 15 states and the District of Columbia.

“The FAST Act gave us a set of tools to begin addressing America’s infrastructure deficit, and we have been moving full speed ahead to get critical road, rail and port projects off the ground across the country,” said Foxx. “From eliminating traffic bottlenecks and enhancing port capacity to overhauling a major freight corridor, the 18 inaugural FASTLANE grants will enable people and goods to move more efficiently.”

The announcement and details for applying for FASTLANE grants can be found at www.transportation.gov/buildamerica/FASTLANEgrants.