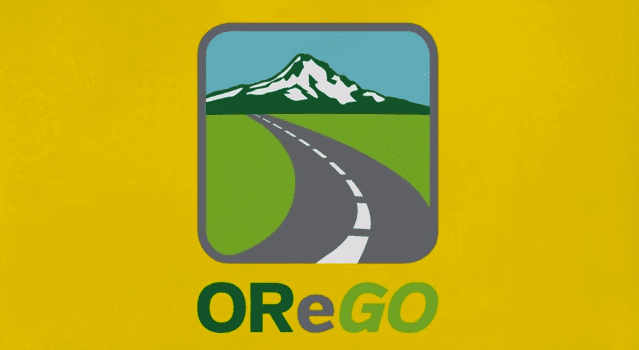 “One of our nation’s biggest challenges is how to meet the funding needs of our nation’s crumbling surface transportation infrastructure in a long-term, sustainable way,” said U.S. Representative Peter DeFazio, the Ranking Member on the House Transportation and Infrastructure Committee and a lead negotiator of the Fixing America’s Surface Transportation Act (FAST Act). “I’ve long said that we must consider all viable options to meet this pressing need. Thanks to the hard work of ODOT, innovative programs like OReGO are meeting that challenge head-on. I’m excited to see how these funds help to develop and improve OReGO and other user-related programs to generate the revenue our highway system so desperately needs.”

U.S. Representative Earl Blumenauer agreed: “A century ago Oregon led the way with the gas tax, and now, we are pioneering a method that is more fair, effective, and sustainable,” he said. “With these grants, the federal government recognizes and supports Oregon’s leadership. This work is vital for the future of our transportation system.”

With a year’s experience, ODOT has demonstrated that charging per mile instead of per gallon is feasible. “We’ve learned how to run a road usage charge system using private sector partners, which no other state has done before,” said Brouwer. “Leveraging the private sector makes the per-mile charge concept viable by injecting choice and innovation into the system,” he said.

The FAST Act grant will allow Oregon to develop and test more technologies to improve the system. Some of the activities the grant will support include:

“There is much more room for growth in terms of the technology that captures and reports mileage data,” said Brouwer. “This grant will give us the opportunity to explore it.”

The grant will also allow ODOT to address public concerns and increase awareness about road usage charging as a transportation funding option. “Much has changed in just this first year of OReGO,” said Tom Fuller, ODOT Communications Manager. Before the launch, privacy—or the worry that a vehicle’s location would be tracked—was the top concern. One year later, 75 percent of OReGO vehicles are using a GPS technology option. “Senate Bill 810 established strict privacy protection standards for this program, and vehicles are never tracked,” said Fuller. “Volunteers tell us they like the extra services and vehicle information they get with the GPS options,” he said.

So far, OReGO has signed up 1,263 vehicles for the program (the limit is 5,000), providing enough participation to adequately test and have confidence in OReGO systems and processes. Volunteers reported a high level of satisfaction with the program (Public Knowledge, LLC (2015), OReGO Volunteer Experience Independent Assessment Survey Results, p. 11).

“Even so, we want more volunteers to join so we can continue to evaluate the system through the experiences of the people who use it.” said Fuller. “Besides that, the concept is still unknown or misunderstood by the majority of Oregonians. This grant will help us better understand public concerns, educate people about transportation funding, and show how a per-mile charge could sustain our transportation system well into the future.”

Funding for transportation has been declining in Oregon and around the country since the 1990s because, as vehicles become more fuel efficient, they buy less fuel and pay less fuel taxes—which go toward maintaining and building roads and highways. Oregon’s Senate Bill 810 (2013) was the first legislation in the U.S. to establish a new, alternative system for state transportation funding. The bill authorized ODOT to assess and collect a charge of 1.5 cents per mile for up to 5,000 vehicles and issue a fuels tax credit to those participants. OReGO launched July 1, 2015 with more than 1,200 vehicles signed up to date. Learn more about OReGO at myOReGO.org.

About the FAST Act

Fixing America’s Surface Transportation (FAST) Act of 2015, Pub. L. No. 114-94, H.R. 22, § 6020, H.R. 22, 114th Cong. (2015) authorizes the Secretary of Transportation to establish the Surface Transportation System Funding Alternatives (STSFA) program. The purpose of the STSFA program is to provide grants to States to demonstrate user based alternative revenue mechanisms that utilize a user fee structure to maintain the long-term solvency of the Federal Highway Trust Fund. http://www.fhwa.dot.gov/fastact/