/ Column / Structural Steel Detailing—Perfection has Always Been More than Important

Structural Steel Detailing—Perfection has Always Been More than Important 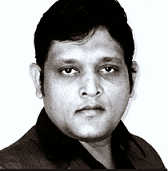 Gone are times, when engineers and construction specialist had to work with elementary knowledge about various aspects of a project at hand. Blueprint were the only authority, based on which crucial decisions were made on how to move from one step to another in any construction project – large or small. With the dawn of computer technology, fabricators and engineers now reap benefits of CAD software that binds enriched detailing and modelling options. 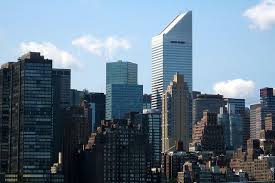 Engineers, fabricators, constructors and builders are extensively assisted by structural steel detailers and play a vital role across the construction process. We all remember the case of “Citicorp building” don’t we?

Built as the seventh-tallest building in the world, it was quite evident in the New York skyline because of its 45-degree angled top. The base columns were made head strong to handle the load caused by wind forces.

The transition from imagination to reality was quite sound and executed brilliantly.When the other steel structures like Empire state building weighed 60,000 tons, this stood out remarkably for its design as well as light weight at only 25,000 tons. Now, due to stilted design and low weight, a tuned mass damper was included intending to cut the building’s sway in half, converting the kinetic energy of swaying into friction. This made the Citicorp building the first building to have mechanical aid as part of its structural design. However, the much adored “low-weight” feature turned out to be a nightmare for architects and engineers.

A year after completion, Diane Hartley a student who had been studying the building as a thesis subject, found that the building could blow over in wind. Buildings are strongest at their corners, and it’s the perpendicular winds (winds that strike the building at its face) cause the greatest strain. At the corners, the steel fabricator introduced bolted connections instead of traditional welded connections.

This critical design flaw may not have been as crucial if the original full-penetration welds had been used but since the New York design firm ignored quartering winds when choosing bolts over welds for the connections, these connections were now undersized.

The structural engineer William LeMessurier had accounted for the perpendicular winds, but not the quartering winds. He compared the velocity winds the building would withstand according to the weather data, and found that a storm strong enough to topple Citicorp Center hits New York City every 55 years.

By going through the shop drawings, LeMessurier also noticed that the New York contractors exempted many diagonal braces from load-bearing calculations by interpreting the building code in a certain way. A minor replacement and a silly ignorance would have cost unimaginable causalities.

This was a wake-up call as to how all the given information are of importance for the construction and erection of steel members that are widely used in the construction of buildings. Replacing the fabrication process with bolts might be a casual minor change that was made, but the results could have been fatal.

Steel members such as steel beams and trusses, handrails, stairs and metal decking are of importance in steel detailing process. The bright side of steel detailing is that it thoroughly explains detailing information for standard sections, steel bolts and welds, which in turn benefits builders to visualize their proposed steel building structure and develop effective construction techniques.

In today’s era, where we are blessed with technology at our fingertips, such incidents can be avoided well before even the structure is erected. As much as BIM helps in making it more clash free and easy, accurate structural shop drawings go a long way making the execution better. A detailed structural shop drawing is the result of a fine blend of inputs from experienced engineers, architects and general contractors.

It’s impossible to construct buildings without those drawings, however, the bitter truth is that drawings can be quite confusing at times and hence one requires a special expertise for shop drawing services. Above all, a structural detailer is expected to have required knowledge of wind and gravity loads and material stresses. A good detailer, familiar with various types of steels and materials and architectural details will be capable of giving beam-beam or column-column connections.

Bhushan Avsatthi is an Associate Director at Hi-Tech Outsourcing Services. Bhushan is a Consultant, BIM expert and a green building advisor with more than 15 years of industry experience. Bhushan imbibes the prophecy of efficient and prudent use of energy in his day to day life and advices his team to do so as well. He is also involved in green initiatives like nonprofit tree plantation project and promotes using bicycles for commuting small distances. Bhushan, handles a team of architects, structural and MEP engineers, LEED consultants and energy modeling experts.