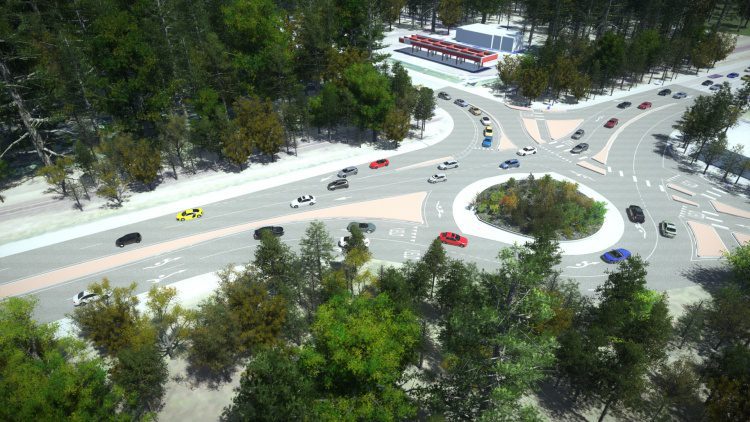 VERG routinely provides still and animated visualizations of proposed roadway intersection improvements, most notably in roundabout designs. Generated in LumenRT, a LiveCube real-time immersive experience illustrates the benefits of a roundabout versus a signalized intersection, helping stakeholders and the public understand the need for a specific design. For courtroom presentations of WSDOT projects, VERG uses LumenRT to produce compelling 3D environments that accurately reflect the engineering designs—in real time or as video fly-throughs. 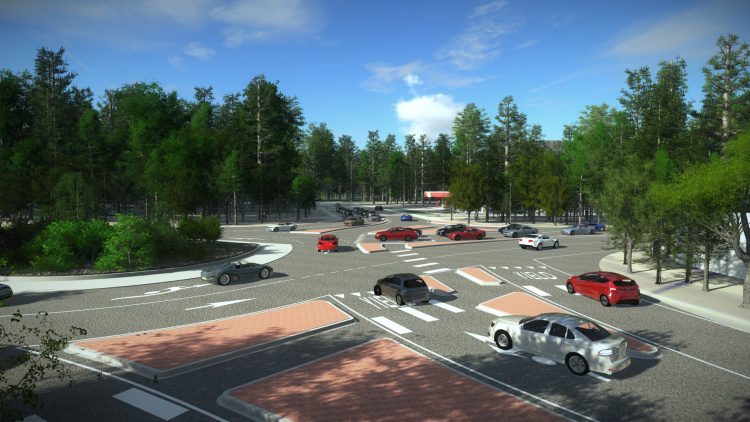 Whether in a public meeting or courtroom, LumenRT LiveCubes allow viewers to move around in real-time 3D environments to experience the designs in the context of their surroundings. Accurate details such as critical views, measured distances, and right-of-way and access issues are readily apparent. From a position of better understanding, stakeholders are more likely to approve a project. VERG’s visualizations also document cultural resources throughout the state, contributing to their preservation.

WSDOT has standardized on Bentley software as its primary CAD technology. The LumenRT/MicroStation relationship was the main driver in VERG’s adoption of the software. Used in conjunction with MicroStation’s other 3D modeling applications, LumenRT enables seamless workflows to bring to life 3D design models of buildings, bridges, intersection/interchanges, and historic structures under WSDOT’s purview. The ability to create LiveCubes for rapid production of animations and still images saves VERG considerable time.