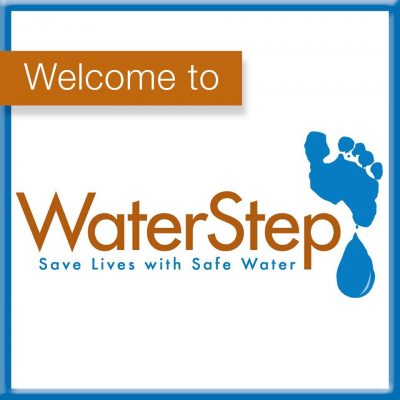 Louisville, KY  – In order to combat the humanitarian crisis in Puerto Rico caused by the aftermath of Hurricane Maria, Louisville-based organization WaterStep and the National Puerto Rico Leadership Council Education Fund (NPRLCEF) have joined forces to install water purification units in all 78 Puerto Rican municipalities. The first 22 water purification kits will be deployed to Puerto Rico next week to provide safe drinking water and disinfectant to those affected by Hurricane Maria. The kits will be transported by truck to Fort Peirce, Florida on Saturday, October 7th, and then on to San Juan via Missionary Flights International on Tuesday, October 10th.

The NPRLCEF is coordinating training seminars where emergency response workers will gather to learn how to install and operate the simple and effective equipment. A 5-person team from WaterStep, including Founder and CEO Mark Hogg, will travel to Puerto Rico on Tuesday, October 10th to conduct the training sessions. Once trained, the emergency response workers will be given a kit to distribute throughout the hurricane affected communities. Another Louisville-based organization, Love the Hungry, is supporting this effort by sending over 7,000 nutrient-rich meals and two energy-efficient rocket stoves to feed the response workers, volunteers, and translators during the training.

Each WaterStep kit contains disaster-tested equipment that can provide thousands of gallons of safe drinking water each day. The kits include:

Manifold to push water in to tank storage

* Using a process called electrolysis, this device is powered by salt and a 12 volt car battery (or solar panel) and produces bleach at a 0.5% concentration which is the level recommended by the World Health Organization for medical disinfection.

** Using a process called electrolysis, this device is powered by salt and a 12 volt car battery (or solar panel) and produces chlorine gas which kills over 99.9% of waterborne pathogens.

WaterStep has created and deployed affordable, effective and sustainable safe water and sanitation solutions in various international disasters since 2009. At the onset of any disaster, agencies work hard to collect and deliver bottled water to disaster victims and bottled bleach to response workers. Though an important step, there are critical problems with bottled water and bottled bleach long term – it’s expensive, heavy, and it’s not sustainable. Three cases of bottled water weighs 90lbs, and WaterStep’s disaster relief kit weighs less then 100lbs and can produce thousands of gallons of safe drinking water each day.

WaterStep’s aid for Puerto Rice is made possible thanks to an $81,000 grant from GE Appliances – a Haier company. The funding covers the cost of the first 22 disaster units and their transportation to Puerto Rico. To donate to WaterStep’s disaster relief fund, visit www.waterstep.org.

WaterStep, headquartered in Louisville, KY, is a 501(c)(3) nonprofit organization that believes everyone should have access to safe water and that no one should suffer from waterborne illnesses. WaterStep implements water projects and equips people with tools and training in water purification, disaster relief, sanitation, health education, and well repair. Since its founding in 1995, WaterStep has brought safe water to people in over 40 countries. To learn more, call (502) 568-6342 or visit waterstep.org