Infrastructure Innovations: Virtual Reality as a Tool for Modern Business 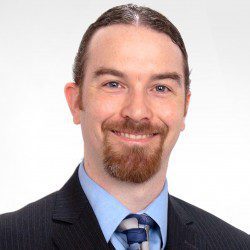 For a long time, the concept of virtual reality (VR) was relegated to science fiction and entertainment such as Star Trek or The Matrix. Although a holodeck still is out of reach, the technology used for VR—the immersive technology that enables people to visit or replicate locations and objects real and imagined—has been available for years.

Standard VR technology requires a headset showing 3-D images that appear to be real from the user’s perspective. Until now, VR was used for design or training purposes, such as by several car manufacturers to test different interior layouts and ergonomics as well as view and inspect a fully rendered life-size version of a vehicle prior to production.

Universities have adopted VR technology to understand and visualize data at molecular levels, and the U.S. military has applied the technology to train pilots. A common challenge was that each required large “live space” to setup the VR simulation. In recent years, however, the required setup for VR experiences has decreased drastically, and it’s affecting modern business.

Recent advances in VR technology started with the invention of the now wildly popular Oculus Rift, a headset that allows users to experience the virtual world. In 2012, Oculus Rift caught the attention of the gaming community and media, eventually becoming a true market breakthrough, due to the development of mobile-phone graphics. With the proliferation and quality of mobile phones, the components needed to make a lightweight and visually accurate headset finally were achievable, and Oculus Rift capitalized on the opportunity. In 2014, Facebook announced its belief in the financial future of VR by purchasing Oculus Rift for $2 billion.

Virtual Reality and the Consumer

Since the release of Oculus Rift, major technology companies such as HTC, Microsoft and Sony announced they would be producing VR solutions, with many coming to market in fourth-quarter 2015 and first-quarter 2016. And while consumers wait for mass-market commercial releases, many early VR adopters have been using development kits, which give hobbyists, developers and entrepreneurs the tools to build VR solutions that cater to their industries as well as prepare for when commercial solutions are released.

Within the AEC industry, there are many opportunities to use VR technology to improve and grow business. Autodesk, for example, added the ability to virtually view content in its InfraWorks 360 software. Using existing data sources, InfraWorks 360 makes it possible to model project sites, enhancing architects’ and engineers’ ability to plan, design and engineer projects in real time. Aligned with the VR experience, Autodesk InfraWorks 360 users can create panoramic renderings of design proposals for stakeholders to view at projects’ early conceptual stages.

For those using other design software, there are workflows using game engines, such as Unity and Unreal, that enable users to navigate and experience their designs using a VR headset. In addition, there are specialty tools, such as IrisVR (www.irisvr.com), developed to enable a “gaming-like” VR walkthrough of designs simply by uploading a model file.

From an ownership standpoint, VR technology can be leveraged to help train building and operations managers and personnel on their duties and procedures, prior to a building opening. Often a building can’t open to the public after construction is complete, especially in cases such as hospitals, as employees and personnel need to be fully trained on the building and how to navigate and handle procedures. VR allows for advanced training on the built environment, before it’s actually built!

Modern computing power combined with the imagination of application developers has allowed VR to quickly move from a gamer’s luxury item to a staple of any industry with design, training and research needs. Navigating through project sites and visualizing design intent is becoming increasingly important to architects, engineers and contractors to stay relevant in a fast-moving industry.

At this time, only early adopters have virtual headsets and are using them as a regular part of their practice, but the fast pace of development and mobile-phone options will give more AEC firms ready access to VR workflows. At first it will be the most-innovative companies adopting the technology, but soon it will be a mandatory part of design process. Considering how fast VR workflows are being adopted, it won’t be long until we will have a real-life version of the Star Trek holodeck as a standard tool for the modern business.