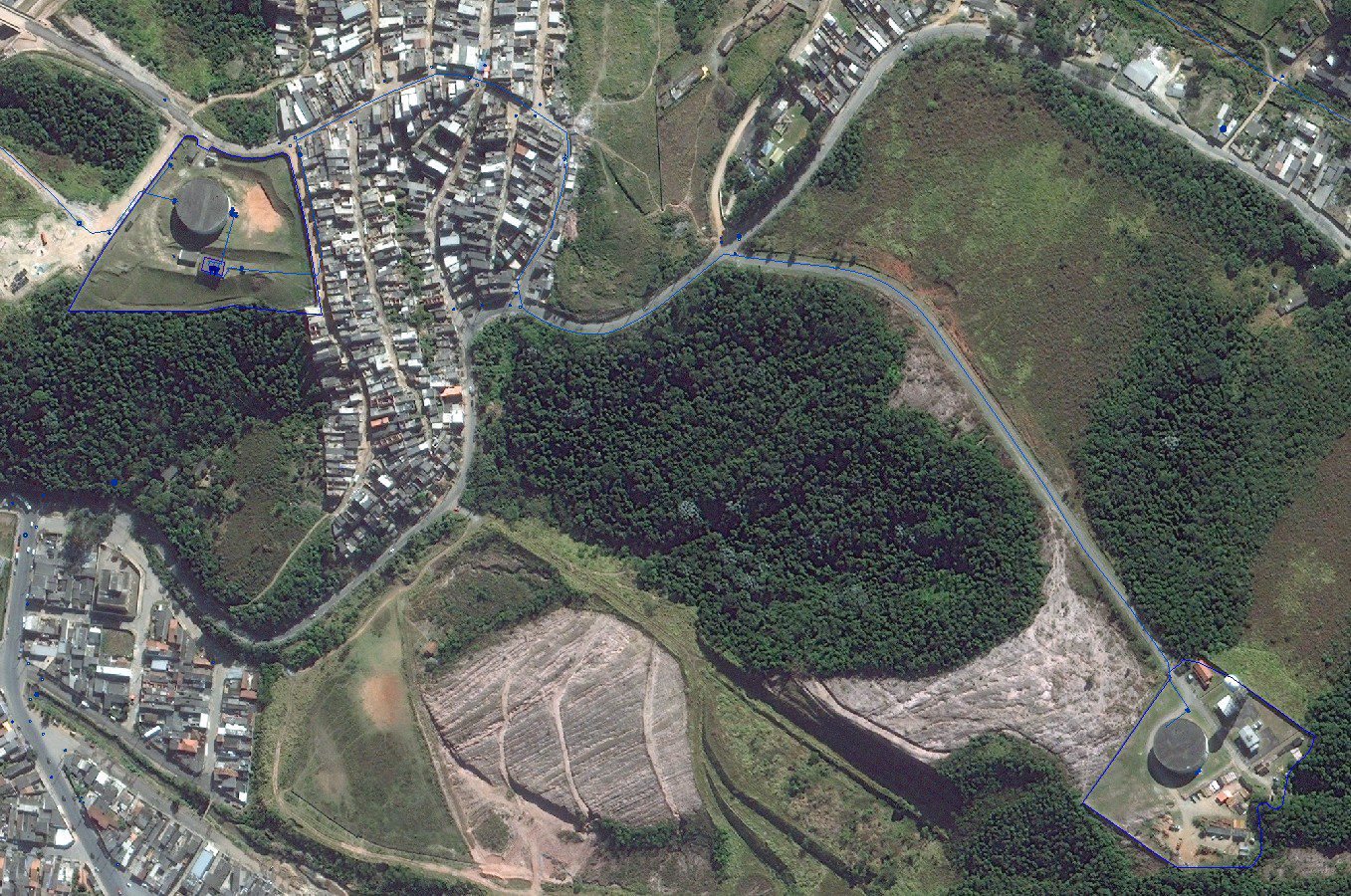 When this occurred at night, it was unsafe to send Sabesp personnel to the pump station because of the pump station’s proximity to dangerous areas. With the inability to restart the pump station at night, approximately 240,000 people would remain without water supply until the next day. Using WaterCAD, Sabesp was able to develop an optimal solution that not only provided continuous water supply to the inhabitants, but also saved BRL 700,000 in energy costs. 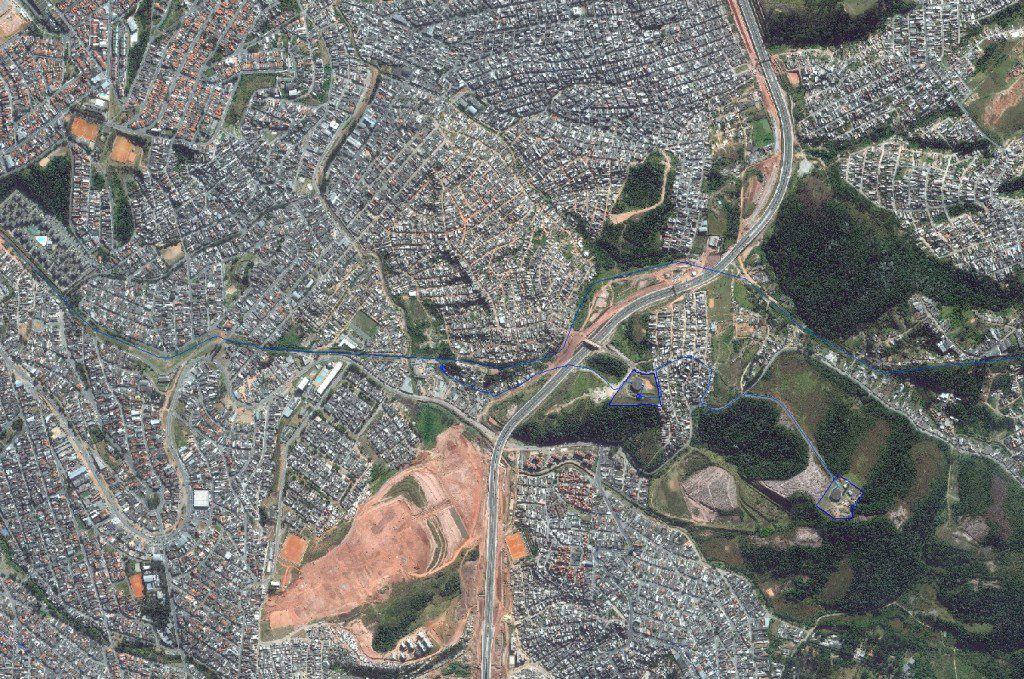 The tank and pump configuration of the problematic area.

Sabesp initially considered disabling the Jardim da Conquista pump station, and transferring all pumping to the Vila Bela pump station, which would directly supply the Jardim São Pedro tank and as a result, supply the Jardim da Conquista tank. However, to better understand the operation of the entire system, Sabesp first performed hydraulic modeling of the system using WaterCAD. This enabled them to develop an alternative supply strategy. They determined that by constructing a 17,696-cubic-meter oversized water tank at Jardim São Pedro, if the pumps shutdown in the evening the tank would have sufficient autonomy to ensure water supply until the next morning.

With WaterCAD, engineers were also able to find out how long the pumps would need to fill up the new tank before nightfall, in preparation for possible evening power outages. With this hydraulic modeling work, Sabesp reduced the time it would have taken for the Jardim São Pedro tank to reach its increased volume of 17,696 cubic meters, from 7 days and 3 hours to an average of 16 hours, increasing the water supply system reliability. In order to achieve this, the other tank, Jardim da Conquista, was also replaced, with doubled capacity from 4347 cubic meters to 8694 cubic meters, increasing operational security. 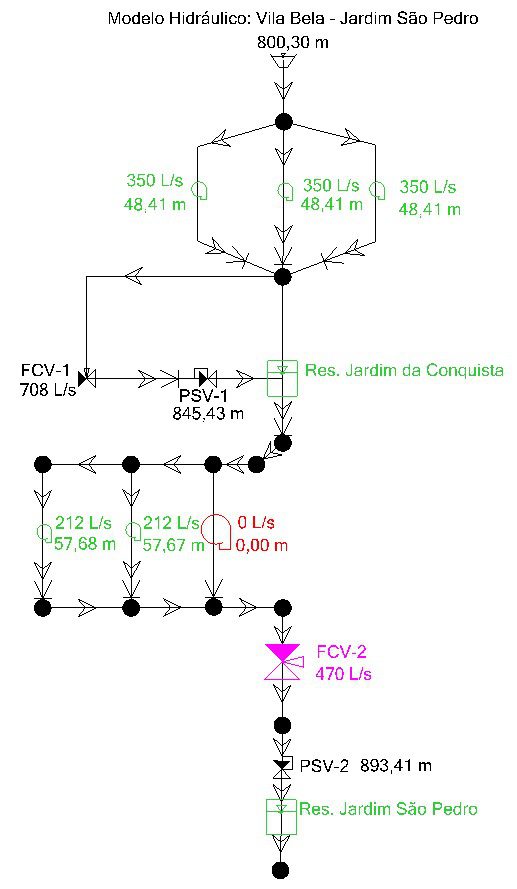 The hydraulic model of the water network in WaterCAD.

André Luiz de Freitas, engineer at Sabesp MA concluded: “Using WaterCAD, we were able to analyze and compare different solutions to the pump shutdown problem, other than the initial considered solution which would have dramatically increased Sabesp’s operating costs.” The optimal solution offers a combination of advantages, from uninterrupted water supply to the affected population to large operation cost savings. With a total project cost of BRL 20,000 (man-hours only), increasing the volume of the Jardim São Pedro tank enabled Sabesp to achieve a 54-times return on investment in the first year.

Perrine Parrod is a senior product marketing manager for Bentley, for the hydraulics and hydrology product line. Perrine holds a Master of Science in Civil Engineering and a Master of Business Administration.  Perrine joined Bentley in 2004 through its acquisition of Haestad Methods, and has ten years of experience marketing Bentley’s products and user projects.