The Underground Construction Association of SME (UCA of SME) represents the tunneling industry in the United States. The UCA is part of an organization that includes owners, contractors, engineers and suppliers; the full spectrum of tunneling services is represented in the UCA. Members operate around the world, so there are opportunities to hear from partners, clients and prospects throughout the industry, while you’re at the conference.

WTC 2016 is unique in that it will be held in lieu of the UCA’s biennial North American Tunneling Conference. The advantage of this is that the resources, talents and participants of the NAT will now be found at the WTC in San Francisco.

We all face common challenges, no matter where we operate around the globe. An industry united will best serve governments, companies and communities because of the knowledge and experiences we’ve shared.

The UCA of SME is proud to be hosting the WTC2016 in San Francisco, California. We will raise the bar on the experience that attendees will enjoy during the event. 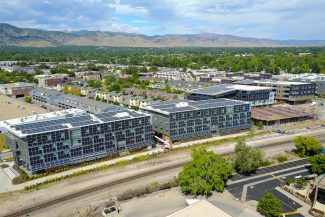