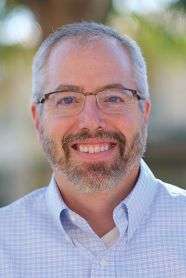 Like any good New Englander, I always await the release of the Farmers’ Almanac this time of year to help plan for the upcoming winter. Based on this year’s ominous predictions from the oracles up in Lewiston, Maine, I’m considering upgrading the snowblower and buying stock in Canada Goose. According to the Farmers’ Almanac, “… This winter will be filled with plenty of shaking, shivering and shoveling.”

So far, 2022 has certainly ushered in some economic headwinds. Since the prior year-end, inflation has continued to rise—hitting a high of 9.1 percent in June and prompting a monetary policy response that has pushed up both short- and long-term interest rates. Add to that supply chain issues, the ongoing war in Ukraine and the persistence of COVID-19 variants, and it would seem we have a recipe for an economic cooldown.

However, in spite of these headwinds, most A/E executives expect healthy revenue growth and are experiencing strong backlog levels as we approach the fourth quarter. One significant factor has been the federal Infrastructure Investment and Jobs Act (IIJA), which was passed into law in November 2021. The $1.2 trillion package provides $110 billion toward roads and bridges; $42 billion to airports, seaports and waterways; and $55 billion to water infrastructure.

For the first time since the passage of the American Recovery and Reinvestment Act (ARRA), transportation authorities and other federal, state and local agencies have the advantage of long-term funding visibility and can plan for larger-scale, longer-duration infrastructure projects. As this money begins to make its way through the contracting agencies, design firms should see increased project opportunities in 2023 and beyond.

Unabated merger and acquisition (M&A) activity provides further evidence of continued economic optimism in the A/E and environmental consulting industries, particularly in the public infrastructure space. M&A volume hit an all-time high in 2021, with 477 announced deals, and 2022 currently is on pace to exceed that level, with 327 transactions announced through this writing. These include some notable large transactions, many occurring at extraordinarily high valuations.

The private-equity backed Trilon Group made a similar level of investment in the U.S. infrastructure market, but with a larger volume of mid-sized deals. In 2022 alone, seven firms totaling more than 1,500 employees joined the Trilon platform. According to Tom Secker, Trilon’s senior vice president of corporate development, “Our strategy, with its focus on the transportation, water, power and environmental markets, closely aligns with spending priorities across federal, state and local levels, including the recent Infrastructure Investment and Jobs Act.”

Investors in publicly traded A/E and environmental consulting firms also appear to expect continued growth. Although share prices of most of the public firms have yet to fully rebound to their 2021 year-end levels, they still reflect strong price/earnings ratios, ranging from a low of 29x trailing 12 months’ earnings (AECOM and Tetra Tech) to a high of 41x (NV5 Global). These ratios reflect market expectations for growth in spite of the current economic headwinds.

While we may not have an equivalent of the Farmers’ Almanac in the architecture, engineering and environmental consulting space, we can follow the money, including private investment, public markets and government spending. And although we may be bundling up this winter, don’t expect demand for design services, particularly in the public infrastructure markets, to be cooling down anytime soon.