A Disaster Week in Haiti 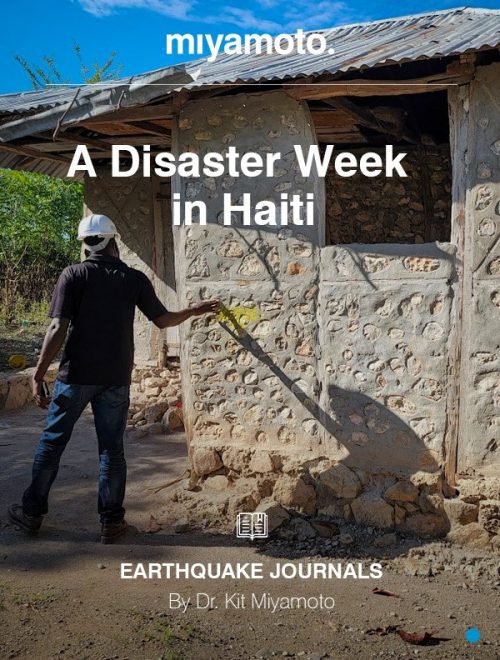 Parul Dubey on May 12, 2022 - in Land Development, Remediation/redevelopment

I am four-wheel driving on a muddy dirt road in the middle of a green tobacco field in the south of Haiti, near Les Cayes. It’s the middle of winter, but here it’s hot and humid, and my back is cramped and sore from the prolonged rocking motion.

I am trying to rendezvous with Felipe, who is a country director of the United Nations Office of Project Services (UNOPS). Our team and UNOPS have teamed up to assist and operate 520 Haitian engineers from the Ministry of Public Works, Transport and Communications (MTPTC) in a massive damage assessment project, the largest of which the world has ever seen. Our goal is to assess, categorize and repair 180,000 earthquake-damaged buildings in five months. During this four-month period, we have already assessed 130,000 structures and spoken to more than one million people who were affected by the disaster.

We need to know exactly what happened last August during the magnitude 7.2 earthquake, the solutions needed and the cost to address the damage. At the head of this project are Haitians leading and managing the effort with a minimal number of foreigners. Both UNOPS and our team are composed of nationals. This is, by leaps and bounds, the opposite of the 2010 earthquake reconstruction project. Haiti is struggling with many issues, but as far as engineering is concerned, there have been remarkable advancements.

Comments are disabled
NEXT ARTICLE
NATIONAL BUILDING MUSEUM TO PRESENT 2022 HONOR AWARD TO ARUP
May 12, 2022
PREVIOUS ARTICLE
Daikin Europe is pleased to support and participate in DecarbCities 2022
May 11, 2022