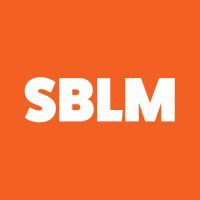 Designed by SBLM Architects, The Entertainment Hub Marks a Return of Community-Building in New York City

BROOKLYN, NY  — SBLM Architects is pleased to announce the completion of the firm’s latest Dave & Buster’s collaboration at the Atlantic Center in Brooklyn, New York. Today’s grand opening celebrates the second Dave & Buster’s location in the borough and the fourth in New York City. The new Dave & Buster’s resides in the heart of Downtown Brooklyn, placed next to retail destinations including Target, Old Navy, and Marshall’s, and located directly across from the Barclays Center Arena.

“It has been an honor for our team to collaborate with Dave & Buster’s on this regional milestone,” says Michael LeFande, principal at SBLM Architects. “We have completed over sixteen projects with their team, including the first-ever Brooklyn location on Gateway Drive and now the second at Atlantic Center. These grand openings signify an ongoing and incredibly fulfilling partnership for our firm. We’re looking forward to seeing how the new location is received by friends and families from the surrounding community.”

Formerly a mixed-use space, SBLM Architects worked in collaboration with landlord Madison International Realty and tenant Dave and Buster’s Entertainment Inc. to transform the existing retail and office space into a vibrant restaurant-meets-entertainment center––showcasing the firm’s decades-long expertise in design and adaptive reuse. The firm reimagined the existing facility to serve a completely different purpose; a venue where guests can socialize, eat, drink and play all under one roof.

As visitors enter the Dave & Buster’s they are greeted by the classic brand tagline through large, bright signage that reads “eat, drink, play, watch.” To optimize the site, SBLM Architects strategically integrated all of Dave & Buster’s must-have amenities, including the expansive arcade, lively sports bar, and a comfortable lounge. Welcoming guests deeper into the space, SBLM Architects placed a custom-made graphic of the Brooklyn Bridge, further rooting the venue in its local context and cultivating a community-focused atmosphere from the onset. Generating additional excitement and local pride, the team added a list of New York-based professional teams on the sports lounge walls, including the Yankees, Brooklyn Nets, Knicks, and Mets, among others.

SBLM Architects worked within Dave & Buster’s existing design theme, which could be described as “larger than life.” Such elements are illustrated through the inclusion of a 40-foot ‘wow wall’ where visitors can tune into several high-quality screens at once and enjoy their favorite sports games at an optimal magnitude––no matter where they are located in the venue. The elevated, central bar serves as an additional focal point of the space, featuring a bold color scheme and 10 big screen TVs above the servers. While other guests are drawn to the arcade area through the flashing lights, enticing sounds, and promise of classic Dave & Buster’s fun.

To proactively address COVID-19 health concerns and protocols, the design team implemented thoughtful wayfinding to limit the crowding of certain areas. There are directional railings guiding guests from the arcade to the bar area, ensuring that there is less congestion and foot traffic at the entrance and the respective entertainment spaces. Limited entrances to the Dave & Buster’s help to better manage the direction of incoming guests, while in the sports bar and dining area, seating is amply spaced out.

SBLM Architects is a dynamically impressive architecture firm with five principal-led integrated Studios. The diverse practice includes Healthcare & Wellness, Education, Mixed-Use Residential, Retail/ Commercial and Civic design. With offices in New York City, Long Island, Miami, and Dallas, SBLM Architects has a unique footprint across the national landscape. Since its inception in 1993, the firm has completed over 5,000 projects with a notable roster of clients. SBLM Architects responds to design challenges with aesthetically stimulating and thoughtful solutions that span varied architectural topologies. Empowered by cross-industry collaboration, the firm prides itself on an impressive transfer of knowledge from one Studio to another. With the mission to create a healthier, more resilient built environment, SBLM Architects is dedicated to evolving its practice through advanced strategies and resources. For more information, visit sblm.com.

Dave & Buster’s is an American restaurant and entertainment business headquartered in Dallas. Each Dave & Buster’s has a full-service restaurant and a video arcade, allowing guests to eat, drink, play and watch sports all under one roof. As of September 2021, the company has 143 locations in the United States and Canada. For more information, visit www.daveandbusters.com

Comments are disabled
NEXT ARTICLE
Kevin Stubblebine to Retire as WSP USA Chief General Counsel
May 10, 2022
PREVIOUS ARTICLE
Solmax and NanoXplore formalize their relationship after five years of collaboration and innovation through a blanket purchase order
May 9, 2022