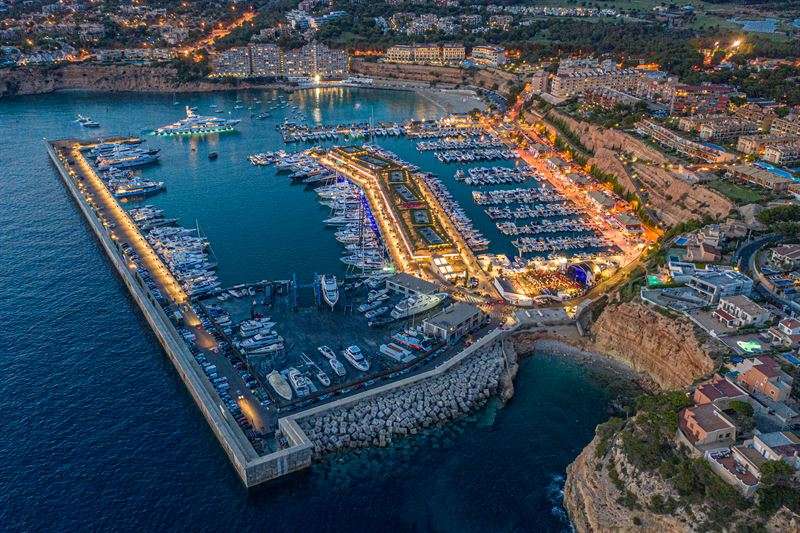 In the photo: Port Adriano, Spain

Stockholm, Sweden – Eco Wave Power Global AB (publ) (Nasdaq: WAVE, Nasdaq First North: ECOWVE) (“Eco Wave Power” or the “Company”), a leader in the production of clean electricity from ocean and sea waves, today announced that it has entered an official agreement with Port Adriano, Spain, for the potential construction of a wave energy power plant of up to 2MW. The agreement expands Eco Wave Power’s presence in Europe and will help Spain achieve its aggressive goals for renewable power, leveraging its significant coastline capacity.

According to the terms of the agreement, Port Adriano will assign a potentially suitable location to Eco Wave Power for a period of 20 years, while Eco Wave Power will be responsible for securing all the licenses, constructing, and commissioning the power plant/s and selling the electricity to be generated by the power plant in accordance with an approved production quota, to be determined for the site. Port Adriano has been in contact with Ports de les Illes Balears (Ports of the Balearic Islands, the public entity responsible for the powers and executive functions of the ports managed by the autonomous community) to inform it about the project, and will proceed to carry out all the legal procedures necessary for the installation of this innovative wave energy power plant, the first application of this technology in Spain.

The power plant is planned to be constructed and commissioned in two stages:

Inna Braverman, Founder and CEO of Eco Wave Power commented:  “When it comes to renewable energy, Spain foresees a sizeable buildout of new renewables capacity to reach 74% of electricity generation by 2030. Spain also has 8,000 km of coastline. The combination of Spain’s ambitious renewable energy goals, along with its significant coastline, makes it an optimal market for Eco Wave Power. We are very excited about the collaboration with Port Adriano and would like to thank them for being true wave energy pioneers.”

Antonio Zaforteza, CEO of OCIBAR, the company that owns the Port of Adriano, stated: “We believe that Eco Wave Power is a perfect fit to the innovation and sustainability vision of Port Adriano, creating a new way of generating renewable energy, that will help our port and our country to meet its ambitious goals to address the climate crisis. We are looking forward to welcoming this innovative project.”

As a member of the European Union (EU), Spain is bound by EU targets for energy and climate change as part of the Energy Union.

Toward this end, the central strategy document guiding Spain’s energy and climate policies over the coming decade is its NECP (National Energy and Climate Plan) for the period 2021-2030. It outlines several policy actions in various sectors that will support the country’s climate targets, including in the areas of energy efficiency, renewables, and transport. Its 2030 objectives include:

Policies include increasing renewable power installations and boosting the use of renewable gases in the power sector, modal shifts and electrification in the transport sector, refurbishments and increasing the use of renewable heating in the residential and commercial sectors, promoting energy efficiency and fuel switching in the industry sector, and energy efficiency improvements in the agricultural sector. The Spanish government anticipates that investments of EUR 241 billion will be needed to enact the measures outlined in the NECP, out of which 80% is estimated to come from the private sector.

Spain’s commitment to renewable energy is evident from the fact that the share of renewables (including non‑renewable waste) in the national electricity mix grew from 24% in 2009 to 38% in 2019. Spain further emphasized its focus on renewable energy by planning to phase out both coal and nuclear power generation. The coal phase-out appears well on track, with coal only providing around 5% of electricity generation in 2019 and even less in 2020. Nuclear power, which accounted for 22% of power generation in 2019, will begin shutting down from 2027. Four of Spain’s seven nuclear reactors are scheduled to close by the end of 2030, representing around 4 gigawatts of capacity.

As such, Eco Wave Power believes that there is a significant opportunity to contribute towards Spain’s transition to renewable energy, by making wave energy an important part in Spain’s renewable energy mix.

Eco Wave Power is recognized as a “Pioneering Technology” by the Israeli Ministry of Energy and was labeled as an “Efficient Solution” by the Solar Impulse Foundation. Eco Wave Power’s project in Gibraltar has received funding from the European Union Regional Development Fund and the European Commission’s Horizon 2020 framework program. The company has also received the “Global Climate Action Award” from the United Nations.

Port Adriano is a marina belonging to Ocibar, a Spanish company specialized in the construction and management of marinas and refit areas. Ocibar operates a network of marinas in four strategic locations in the Mediterranean: Port Tarraco (Tarragona), Port Adriano (Mallorca), Botafoc (Ibiza) and Marina Santa Eulalia (Ibiza).

Situated in a privileged setting in the south-west of the bay of Palma de Mallorca, near the best sailing areas of the Balearic Islands, Port Adriano is a reference port in the Mediterranean. It has a total of 488 moorings between six and 80 meters and a modern shopping area designed by the prestigious Philippe Starck.

This press release contains forward-looking statements within the meaning of the “safe harbor” provisions of the Private Securities Litigation Reform Act of 1995 and other Federal securities laws. Words such as “expects,” “anticipates,” “intends,” “plans,” “believes,” “seeks,” “estimates” and similar expressions or variations of such words are intended to identify forward-looking statements. For example, Eco Wave Power is using forward-looking statements when it discusses the terms of concession assignment agreement with the Port of Adriano, that Eco Wave Power aligns well with the sustainability vision of the Port of Adriano, Spain’s renewable energy goals and the Company’s belief that there is a significant opportunity to contribute towards Spain’s transition to renewable energy.  Except as otherwise required by law, Eco Wave Power undertakes no obligation to publicly release any revisions to these forward-looking statements to reflect events or circumstances after the date hereof or to reflect the occurrence of unanticipated events. More detailed information about the risks and uncertainties affecting Eco Wave Power is contained under the heading “Risk Factors” in Eco Wave Power’s Registration Statement on Form F-1 filed with the SEC, which is available on the SEC’s website, www.sec.gov