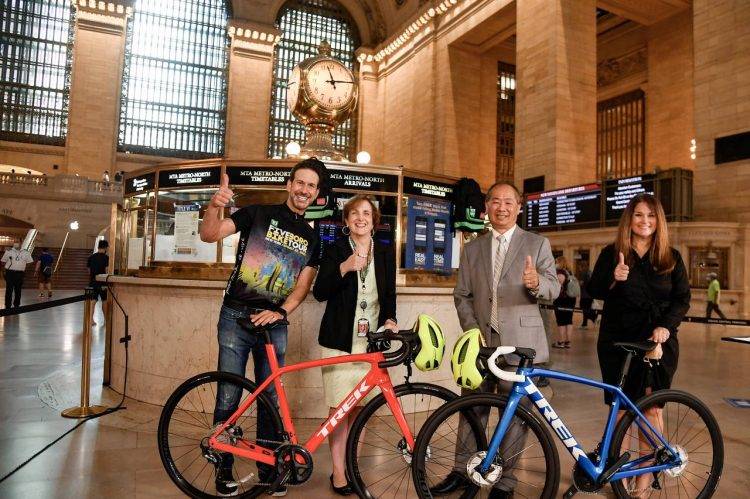 A new law will require the MTA to incorporate thinking about bicycle and pedestrian access at its bridges and stations and in its capital plans.

“Public transit in New York should be welcoming, safe and accessible for cyclists and pedestrians,” Governor Kathy Hochul said in a statement Tuesday. “I’m proud to sign legislation that will expand access to public transit, no matter how you choose to get around. This new law will make the MTA more walkable and bicycle-friendly, a major step in improving our transit system.”

State Senator Alessandra Biaggi and Assemblymember Jessica González-Rojas introduced the legislation in the Senate and Assembly earlier this year, with both houses passing it in the summer. According to the Sunnyside Post, while holding a November rally for the bill, González-Rojas said, “For New York to build back better itself we have to center access and equity in infrastructure. Increasing bike and pedestrian access to MTA bridges are essential to that goal.”

She added, “This is important for deliveristas trying to do their work and for cyclists who want to sustain their health during a global pandemic. It’s an immigrant justice issue and an environmental justice imperative.”

One of the hopes is that bike lanes can be added to the MTA’s crossings, like the Verrazzano Narrows or RFK bridges. In January, Streetsblog revealed that the Verrazzano’s original designers had offered suggestions for a bike lane in 1997. “The Verrazzano, Marine Parkway, Cross-Bay, Triboro, Whitestone, and Henry Hudson Bridges all have the untapped potential to be interboro greenway connectors,” Brooklyn Waterfront Greenway Initiative executive director Terri Carta told the Brooklyn Paper.

The different commuter councils—Long Island Rail Road Commuter’s Council, the Metro-North Rail Commuter’s Council, and the New York City Transit Authority Council—will study bicycle and pedestrian access, ultimately making recommendations to the MTA. Notably, the law will require that members with “demonstrated expertise or interest in the promotion and development of improved bicycle and pedestrian access at bridges, stations and other facilities” should be part of the councils.

In August, the MTA dropped the $5 fee for bicycles on the commuter rails, as a way to encourage more riders who bike onto the trains.

“New York State is taking a historic step to develop cleaner and more accessible forms of transportation for commuters across New York City,” Biaggi said in a statement Tuesday. “The MTA Bike Access Bill will finally connect all five boroughs with safe bike lanes on MTA bridges and promote cycling in every corner of the city, including here in the Bronx.”