/ Articles / Future Forward: The Future of Downtowns Is More Inclusive and Adaptable

Future Forward: The Future of Downtowns Is More Inclusive and Adaptable

Cathy Lin is the director of Research at the International Downtown Association (IDA). Jonathan Tinney is a principal with Stantec’s Urban Places.

This particular webcam interview was recorded by Todd Danielson, the editorial director of Informed Infrastructure. You can view a video of the full interview at the top of this page or by visiting bit.ly/3C54CLg.

The International Downtown Association (IDA) and Stantec’s Urban Places division partnered to release a new report highlighting evidence-based approaches for urban districts navigating the consequences of the COVID-19 pandemic. “Building on Recovery for Urban Place Management” features case studies of IDA member organizations, offering recommendations and detailing results for downtown and city-center recovery. The report also draws on observations from a series of focus-group sessions conducted in April 2021 of 55 CEOs from urban place-management organizations across the United States and Canada. 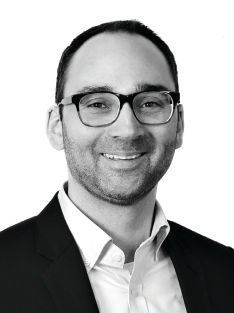 “We wanted to create this report because we know downtowns and dense urban districts were disproportionately impacted by the effects of the pandemic,” notes Cathy Lin, director of research at IDA. “This report presents a framework of key actions to help them navigate a successful recovery.”

Although some long-term initiatives are cited, the report emphasizes short-term, tactical steps to bring people—and revenue—back into downtowns. These suggestions empower urban place-management organizations, city partners and other stakeholders with the tools to leverage new opportunities and advocate for additional funding to support current efforts.

“I think the other piece of this [report] is really about the forward planning,” adds Jonathan Tinney, a principal with Stantec’s Urban Places. “As we go forward, we hopefully will see a lot of investment in infrastructure within our downtowns.”

Tinney hopes the report will help downtown organizations and different stakeholders position themselves to take advantage of funding as it comes forward and ensure that some of these vital investments in our downtowns are made.

The report regularly mentions inclusion, which is another aspect where the pandemic highlighted problems and inequities.

“Downtowns are often the representative image that people have of their city,” notes Lin. “So place managers and stewards of these critical gathering and civic centers are putting a new emphasis now on striving toward making downtowns inclusive of everyone in the community.”

Downtowns typically offer the highest concentrations of opportunities and resources, and those need to be accessible to everyone, she explains. Place-management organizations are thinking about inclusion at all levels, sometimes internally—whether evaluating diversity within the organization itself or at the board level—but also by creating programming that’s more diverse for the broader community.

An example Lin highlights is from the Downtown Partnership of Baltimore, which announced the first cohort of winners for its downtown Black Owned and Operated Storefront Tendency (BOOST) program, which is granting up to $50,000 to five black entrepreneurs to aid them in the long-term success of creative storefronts in downtown Baltimore.

Another theme of the report is how willing cities were to try new things during the pandemic and how open they are to continuing programs that were successful. Tinney was impressed by several observations of place managers, including the willingness to embrace new approaches and the nimbleness of downtown organizations to take advantage of them. He cites the creation of new outdoor dining, outdoor public spaces and the reclamation of city streets as signs of a shift and focus on the public realm.

“To find that kind of connection, create some vitality, that was surprising and heartwarming at the same time,” he notes.

Lin says she often heard, especially early on, that the pandemic was going to be the demise of downtowns and the end of dense cities, but that hasn’t been the case.

“We’ve been seeing urban place-management organizations turning this crisis into an opportunity to build on downtown strengths and advocate for a better city,” she adds.

Another of her favorite examples is the Downtown Austin Alliance in Austin, Texas, which created a comprehensive roadmap to recovery and resilience. The Alliance set four critical priorities: 1) addressing unsheltered homelessness, 2) activating parks and public spaces, 3) supporting small businesses and live music, and 4) promoting downtown. The Downtown Austin Alliance also is championing several opportunities that will transform downtown with infrastructure and placemaking.

“I think the key is to focus on flexibility and adaptability, and really putting the human-scale experience front and foremost,” concludes Lin.

Editor’s Note: As of the time of publishing this profile, Jonathan Tinney no longer works for Stantec.

Comments are disabled
NEXT ARTICLE
ReEngineering the Engineer: Times Change: Don’t Be the Cranky Old Neighbor
November 29, 2021
PREVIOUS ARTICLE
Change Leader: The Industry Needs To Recognize Those Who Bring About Change
November 29, 2021