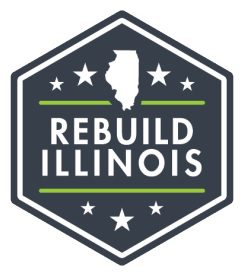 SPRINGFIELD – Gov. JB Pritzker and the Illinois Department of Transportation announced today that $94 million will be made available to improve public airports throughout the state through the historic, bipartisan Rebuild Illinois capital program. As part of a competitive grant process, IDOT will be seeking proposals for the planning, construction, reconstruction, extension, development and improvement of public airports. The investment will not only create good-paying jobs during construction, but provide long-term opportunities for airports to expand their workforce.

“Illinois remains a hub for commerce and transit – and not just for this nation, but for the entire global economy. We are the 5th largest economy in the United States, and the crossroads for national and international companies who need our airports and roads and rail and rivers and people to move their products,” said Governor JB Pritzker. “With this $94 million from the bipartisan Rebuild Illinois capital plan, airports across the state will have the opportunity to make needed updates, improvements and extensions to facilities while providing job opportunities for the surrounding communities.”

To be eligible, airports must be for public use and included in the Illinois Aviation System Plan.
Applications are due June 14 to be eligible for a total of $94 million to be released later this year, with a maximum of $25 million for individual awards.

Application information is available by clicking here or visiting IDOT’s Airport Improvement Program page. Awards are anticipated to be announced later this year.

“Illinois is the transportation hub of North America because of the strength of our multimodal system, with aviation helping to lead the way,” said Acting Illinois Transportation Secretary Omer Osman. “Under Gov. Pritzker, IDOT is committed to making sure our airports have the
resources they need to keep pace with a rapidly changing industry. This funding will keep Illinois on the leading edge of aviation.” State of Illinois JB Pritzker, Governor Illinois Department of Transportation Omer Osman, Acting Secretary.

Passed in 2019, Rebuild Illinois is investing a total of $33.2 billion over six years into the state’s aging transportation system, creating jobs and promoting economic growth. Rebuild Illinois is not only the largest capital program in state history, but also the first one that touches all modes of transportation: roads and bridges, transit, waterways, freight and passenger rail, aviation, and bicycle and pedestrian accommodations.

A total of $150 million is identified in Rebuild Illinois for the state’s airports, with $6 million already committed to an air traffic control tower at Lewis University Airport in Romeoville, which is owned and operated by the Joliet Regional Port District.

The Illinois aviation system is one of the largest in the nation, made up of more than 830 individual landing facilities. Illinois is home to everything from O’Hare International Airport to municipal airports and private grass strips, contributing more than $55 billion annually to the state’s economy.