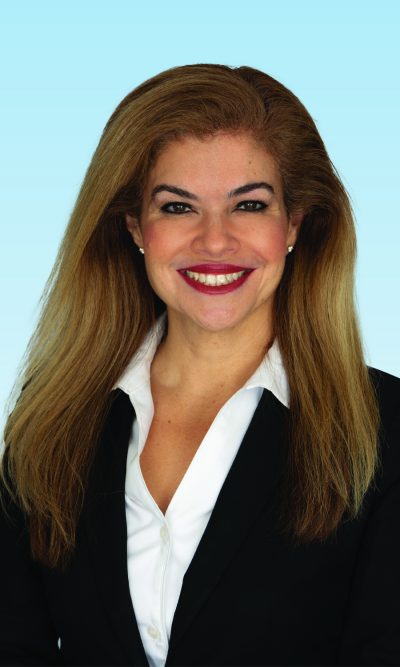 MIAMI, April 16, 2021 — Alice N. Bravo has joined WSP USA, a leading engineering and professional services consultancy, as the Florida District leader as part of the leadership team in the firm’s Southeast Region.

In her new role, Bravo will be responsible for project delivery and client engagement in the Florida region, covering a broad range of disciplines, including transportation, environmental, healthcare and other infrastructure challenges. It is part of WSP’s new business structure, which blends the firm’s existing national business lines and technical expertise across all markets with a regional focus to address local challenges facing America’s communities.

Bravo arrives at WSP after serving as director of the Department of Transportation and Public Works for Miami-Dade County (DTPW), where she oversaw the 15th largest public transit system in the U.S. In this role she managed Metrorail, Metromover, Metrobus and para-transit services, leading a team of nearly 4,000 DTPW employees. Notably, under her leadership DTPW secured Miami-Dade County’s first Federal Transit Administration Capital Investment Grant in more than two decades for the South Corridor Bus Rapid Transit Project.

“Alice is a leader recognized throughout our industry for effective leadership and execution of complex transportation projects and policies,” said Stephen Dale, WSP USA Southeast Regional President. “While leading DTPW she successfully delivered a wide-range of projects and services that will have a long-lasting impact and improve the quality of life for the residents and visitors of South Florida. We look forward to working with Alice and continuing her success with clients in the region.”

Bravo spearheaded Miami-Dade County’s Strategic Miami Area Rapid Transit (SMART) Plan, consisting of six rapid transit corridors, and placed new Metrorail cars on County tracks for the first time since its opening in 1984. She also led one of the most aggressive Metrobus fleet replacements in the County’s history, including the procurement of its first electric buses, and streamlined policies and processes to provide more efficient and cost-effective results. Her team advanced nearly 20 transit-oriented developments, modernized the fare collection system initiated the conversion of the County’s nearly 3,000 traffic signals to smart adaptive signals, introduced autonomous vehicle programs, and positioned Miami-Dade County as a leader of transportation innovation, all within an environment that promotes new technologies and collaboration.

Prior to her leadership role with Miami-Dade County, Bravo served as deputy city manager for the City of Miami, where she oversaw six city departments, including Planning & Zoning, Building, Real Estate Management, and Capital Improvements. As director of transportation development with the Florida Department of Transportation District 6, she oversaw the Port of Miami Tunnel Project, 95 Express Managed Lanes and various highway reconstruction projects.

She is a graduate of the University of Miami with a bachelor’s degree in civil engineering and Florida International University with a master’s degree in international business administration. She was awarded the Conference of Minority Transportation Officials’ Celebrating Women Who Move the Nation Award, as well as the Alvah H. Chapman, Jr. Award of Excellence for her significant contributions in developing Miami. Alice also completed the Harvard Business School Young American Leaders Program.

WSP USA is the U.S. operating company of WSP, one of the world’s leading engineering and professional services firms. Dedicated to serving local communities, we are engineers, planners, technical experts, strategic advisors and construction management professionals. WSP USA designs lasting solutions in the buildings, transportation, energy, water and environment markets. With more than 10,000 employees in 170 offices across the U.S., we partner with our clients to help communities prosper. wsp.com