ACI Partners with ICT to Offer EN-Standards Based Certification Program 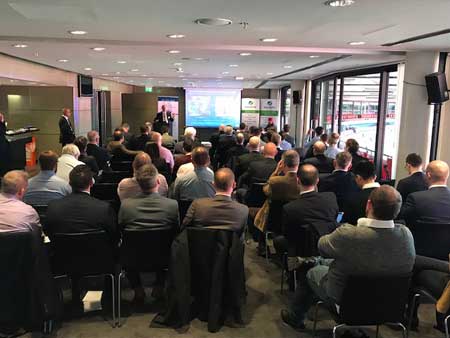 The initiative began with the signing of an International Partnership agreement in 2016, and, fueled by ACI’s subsequent decision to pursue the development of ACI certification programs based on non-U.S.-centric standards, ACI and ICT began development of a program to address the need for ACI technician certification in the UK. In collaboration, both Institutes worked to redefine the Job Task Analysis of the  ACI Concrete Field Testing Technician – Grade I certification program to align with EN Standards, write new exam questions, and assemble a new workbook.

“ICT recognized a need to certify individuals in concrete testing based on British Standards/European Norms and approached ACI to collaborate on modified programs initially for use in the UK,” said John W. Nehasil, ACI Managing Director, Certification. “As the initiative progressed, both ACI and ICT realized a wider opportunity exists to market the programs wherever European Norms are used.”

The program was officially announced at the ACI Concrete Convention in Québec City, QC, Canada, in March 2019, and at the annual ICT Convention in Wembley, London, UK, in April.

To earn an ACI-ICT EN Standards Concrete Field Testing Technician certification, individuals must demonstrate the knowledge and ability to properly perform and record the results of seven basic field tests on freshly mixed concrete, as prescribed by EN Standards. The program requires a passing grade on a written examination and successful completion of a performance examination.

Always advancing – Founded in 1904 with a headquarters in Farmington Hills, MI, USA, and a regional office in Dubai, UAE, the American Concrete Institute is a leading authority and resource worldwide for the development, dissemination, and adoption of its consensus-based standards, technical resources, educational & training programs, certification programs, and proven expertise for individuals and organizations involved in concrete design, construction, and materials, who share a commitment to pursuing the best use of concrete. For additional information, visit www.concrete.org.