In October 2019, Informed Infrastructure Editorial Director Todd Danielson went to Bentley Systems’ Year In Infrastructure conference in Singapore. While there as an award juror for the Buildings and Campuses category, he was able to interview Greg Bentley and Ray O’Connor (above), the CEOs of Bentley Systems and Topcon Positioning Systems, respectively, about their companies and the joint venture they launched at the event: Digital Construction Works Incorporated (DCW).

Danielson: How did the relationship between your two companies start, and when did you know you had something special and could work together?

Bentley: I remember being in a European city and seeing one of your Topcon-equipped mobile mapping vehicles, and I wondered what kind of company Topcon was and asked if I could visit to explore that. I discovered that Topcon’s always inventing something new, and then working and caring about getting it applied, and I’d like to think that’s true of our company also.

O’Connor: Of course we were delighted to have Greg come out, because we had interfaced with Bentley software in certain applications and places. Number one, Greg had a great vision about Constructioneering, connecting engineering with contractors, and we had recognized that problem. We just had a great chemistry, I believe, between the philosophies of the companies.

A big part of what we do is automating construction in the field, and we’re very focused on that part, but the engineering side of the business doesn’t necessarily know all the changes and all the things that are going on in the field. And so we have this challenge of educating engineering and construction people, who are communicating data to each other, but they really don’t understand how to do the work. Therefore, they can’t design the workflow to be as automated as it needs to be, and so that started to become obvious.

First we connected field software with design and planning software at Bentley to make the workflow easier. Then we said we need to do some academies in this construction area and educate engineers and contractors and surveyors in what they’re doing, and showed them the capabilities. When we did these academies in Constructioneering, engineers said, “We had no idea how the contractor was applying all this technology to this application.” It became obvious that the industry needs experts who understand both the office and the field, and if we can group them together and go in and help companies understand the power of the tools they have, we can really start to impact the workflow. 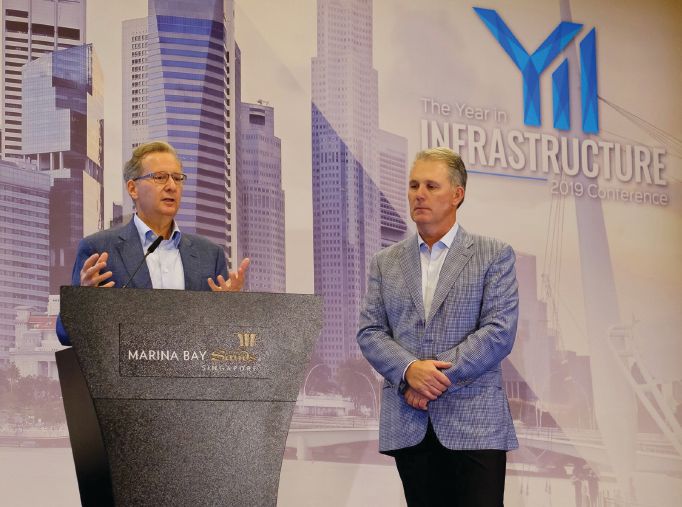 Bentley: I would make two observations. One is that when we got together with Topcon, we weren’t asking for anything in particular other than exploring together how engineers use what we now call digital twin software to work together with constructors in one process: Constructioneering. We didn’t know what was needed. We wanted to approach that problem together and work it out, as we have, and improve the approach over these several years.

Something else I noticed along the way is that infrastructure professionals are visual, hands-on people, and you like to show them what works rather than lecture them. In practice, that means we would often ask Topcon folks to help us with a “proof of benefit” or “proof of concept” to actually go on some sites and create some examples of success and learn while we were doing it.

Engineers like to help engineers—they like to show engineers what’s possible—and our thought was: what if we had a company like that; that’s not writing software but is working on what the applications would be of the technology? And if Bentley folks or Topcon folks didn’t have to do that besides their day job, what if it were their day job to advance the people and processes by which this technology or concept of Constructioneering can be actually applied as a norm rather than as an exceptional extraordinary project? And I think that was the seed for Digital Construction Works. 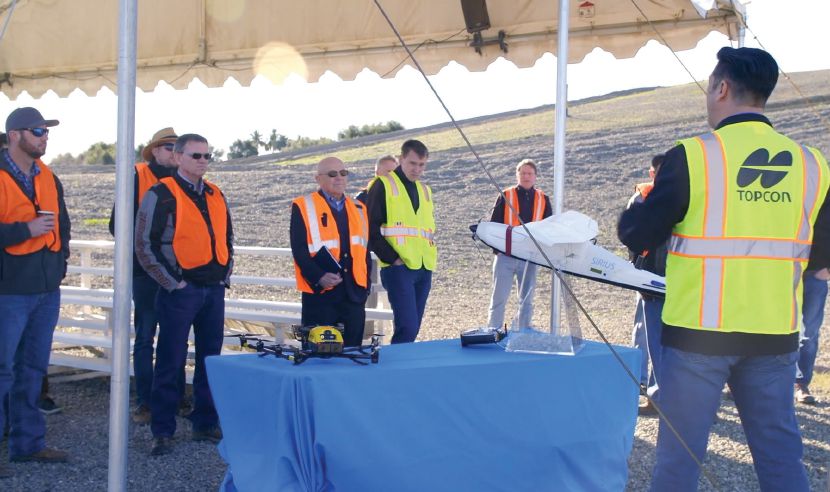 Danielson: Can you tell me a little bit about the Digital Construction Works venture and how it will improve construction?

Bentley: Digital Construction Works is a new, independent company jointly owned by Bentley Systems and Topcon equally. It is staffed with experts who have come from both Bentley Systems and Topcon, as well as experts hired from within the construction industry. Its charter is to provide what we call the “digital integration and acceleration services” to take our software and hardware capabilities and put them into construction processes that accomplish everything that constructioneering can accomplish. However, it can only happen when they’re applied in practice as a norm on actual projects, requiring some innovating beyond merely automating what’s been done before and improving incrementally.

This isn’t writing software. It’s the creative way of bringing resources together when you know it’s going to be a digital project that you couldn’t do otherwise, so the whole thing is more effective. 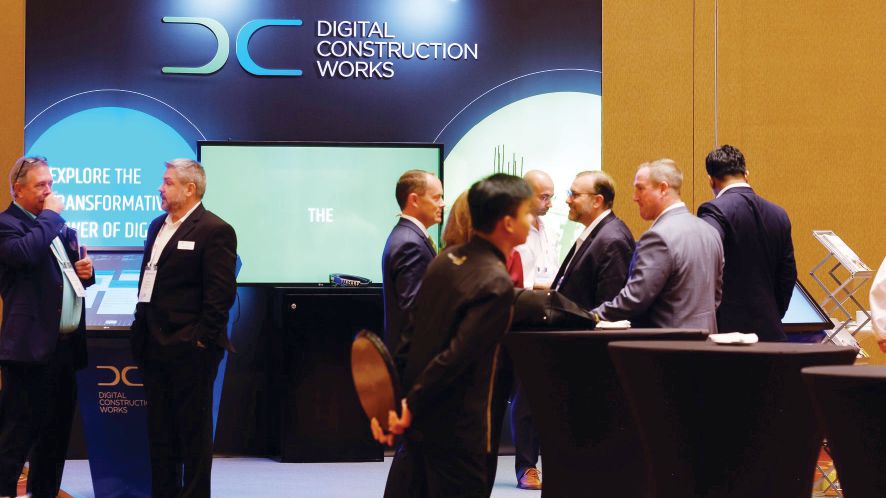 Danielson: How can engineers take advantage of this new launch? How might they take part or even improve infrastructure construction?

Bentley: Ray talks about an infrastructure gap, how we’re going to accommodate and improve the lives of all the people yet to be born as the planet gets better, more populated and more urbanized. I think private investment in infrastructure is here to stay. Often that takes the form of project delivery solutions where design and build is done by a consortium. Often engineers would like to participate in those types of consortia, and Constructioneering can be a skillset that will better entitle engineers to be part of alternate delivery or design-build teams if they would like to do that. They’re interested in the types of services that Digital Construction Works can provide to help make that project innovative and work well. The Digital Construction Works staff is prepared to be embedded in the project with the digital integration responsibilities; and help invent and recognize and implement new workflows that can be part of that.

I believe engineers would like to participate more in outcomes-based commercial models rather than “selling their hours.” And when we talk about improving and bending the productivity curve, when we talk about introducing automation and robotics purposefully in construction projects, the opportunity is to structure it so perhaps there could be a concession or a consortium which would look like an engineering firm, a contractor, and Digital Construction Works providing the digital connections between the two and their enterprise systems.

O’Connor: When we talk about the digital twin, I always use this simple analogy, because in the construction world sometimes you want to simplify it to a very practical term. I always talk about an owner’s manual and a parts manual. If you own this asset, when it’s designed, it’s never built exactly as it was designed. Hence, the reason for the digital twin. The owner of the asset ultimately wants to have an owner’s manual and a parts manual with all the data. So how do the engineers know what the contractor has the capability to do? What way they’re going to measure and collect all the data and feed it back into the digital twin? That’s why we’re putting these experts together from both companies who have all that knowledge of what the technology is and what the capability is. 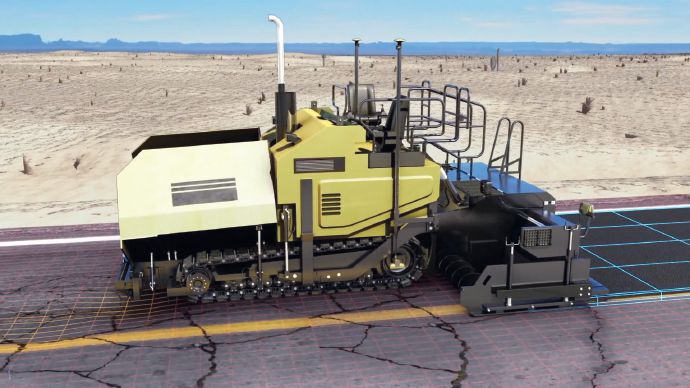 Danielson: Beyond Digital Construction Works, how do you see your companies working together?

Bentley: Project delivery infrastructure—digital twins—is a time and space occupancy problem. It’s fundamentally a 4D endeavor. So positioning is absolutely of the essence to getting it right.

So if you imagine a robotics job site and people say, “Okay, let’s imagine that.” Today you look at what Topcon’s already doing, something they call “Smooth Ride,” which solves the grading and milling problem on roadways and does it in a closed loop from the engineering specification to capturing back the as-built. For us to be able to take advantage of that kind of throughput from an engineering side, and know that it can be done, is the type of cooperation between the positioning systems and the design software and enables the as-built to be captured so engineers’ work can be the digital DNA then to keep that road functioning well over time. It’s priceless. 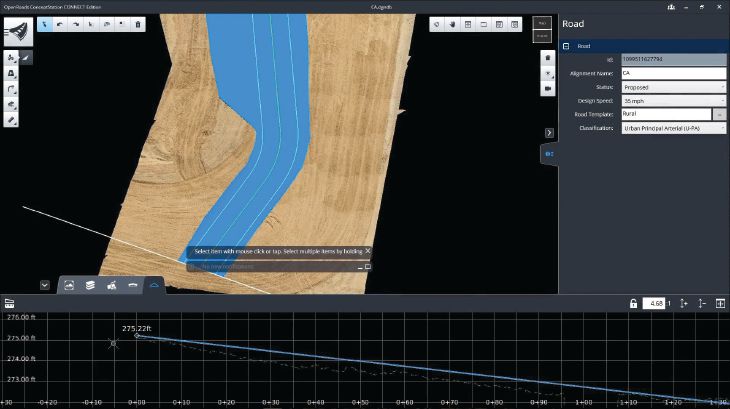 O’Connor: From starting with just connecting field software and design and project software at the beginning to the joint venture—that’s the evolution of the business. But we don’t know what we don’t know. But we do know that together we have tremendous capabilities to solve these problems. And new problems are going to come up, and we will figure out how to deal with them. So I believe the relationship will continue down that path.

Bentley: Something essential in difference from five years ago when we began is the cloud service and the interoperations occurring as a cloud service. It’s natural between the engineers and the contractors. It’s something that’s essentially needed. It’s also a new commercial opportunity for each of our companies. For Digital Construction Works, it will allow their folks to be embedded under virtual hardhats participating in actual construction projects because the cloud service allows them visibility into the work and how to improve the processes.

O’Connor: I’m involved in some other organizations in the construction business with equipment manufacturers, and it’s exactly the discussion that’s going on: how we can help automate the industry and save the waste, loss and inefficiencies of the construction industry. So you can feel that things have aligned—the stars are aligning.