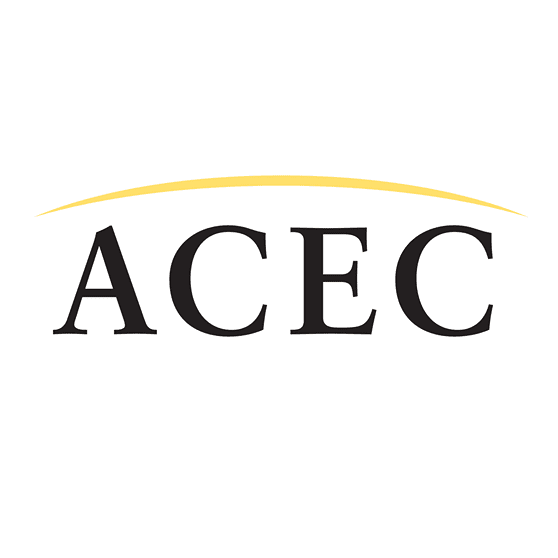 Washington, DC – The American Council of Engineering Companies (ACEC) – the voice of America’s engineering industry – is pleased to announce that its Board of Directors has elected five new members to its Executive Committee, with terms beginning later this year at the ACEC 2020 Annual Convention and Legislative Summit in Washington, D.C.

“ACEC’s strength lies in its membership. The volunteer leaders on the Executive Committee are committed to promoting the business of engineering to policymakers, peers, and the public at large and Charlie Gozdziewski is well-positioned to continue that stellar leadership,” said ACEC President/CEO Linda Bauer Darr. “I am also thrilled that Robin Greenleaf will be the first woman to chair our organization in its 112-year history.  The honor is overdue and well deserved.”

“Over my term as Board Chair, we’ve seen ACEC strike a new direction with the hiring of Linda Bauer Darr as CEO and the adoption of a bold and audacious strategic plan that will position the organization as the premiere voice for the engineering industry. I am looking forward to transitioning the volunteer leadership role to this incredibly well-suited team,” said Current ACEC Board Chair Mitch Simpler.

The American Council of Engineering Companies (ACEC) is the business association of the nation’s engineering industry. ACEC member firms drive the design of America’s infrastructure and built environment. Founded in 1906, ACEC is a national federation of 52 state and regional organizations representing more than 5,600 engineering firms and 600,000+ engineers, surveyors, architects, and other specialists nationwide