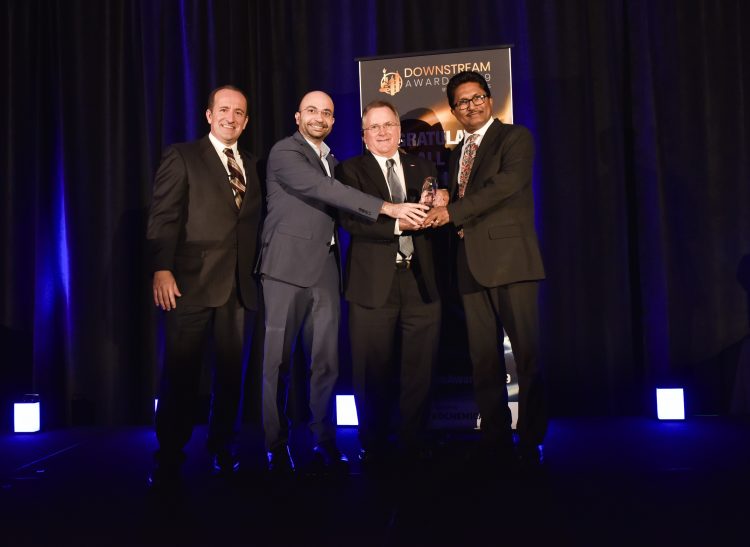 The awards celebrate the best of the downstream industry and are organized by Petrochemical Update, a division of Reuters Events. Awards were announced in 11 categories, with winners chosen by a panel of 10 judges representing the industry.

Anne-Marie Walters, industry marketing director, oil and gas and manufacturing at Bentley Systems, said, “We are honored to have received this award, which recognizes Bentley as a provider of digital construction workflows, for the advancement of infrastructure projects, and specifically for Dow’s outstanding work of integrating advanced work packaging (AWP) into its global project methodology.”

“Dow is applying AWP as a program on capital projects of all sizes,” said Susan Brandt, vice president, business development at DCW. “After evaluating several other software packages, Dow selected Bentley’s ConstructSim to automate AWP on a programmatic basis. The team architected its methodology to make AWP via ConstructSim scalable, targeting its implementation on any project valued at more than USD 10 million.”

Bentley Systems employs more than 3,500 colleagues, generates annual revenues of $700 million in 170 countries, and has invested more than $1 billion in research, development, and acquisitions since 2014. From inception in 1984, the company has remained majority-owned by its five founding Bentley brothers. www.bentley.com

Bentley, the Bentley logo, Digital Construction Works (DCW), and ConstructSim are either registered or unregistered trademarks or service marks of Bentley Systems, Incorporated or one of its direct or indirect wholly owned subsidiaries. All other brands and product names are trademarks of their respective owners.