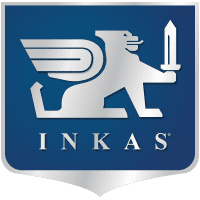 INKAS® scientists have invented the first-of-its-kind granular cement – a major advancement in addressing the deficiencies of one of the world’s most widely used building materials. Until now, cement has only been manufactured in its conventional powdered form, despite industry-wide awareness of its shortcomings.

Cement granulation is not a new concept, and has been regarded as an ambitious objective in materials science. Although various processes have been patented after physically achieving granulation, they have not been applied in practice since their initial invention. Despite the numerous attempts over the past decades to successfully granulation cement, the outcomes have not produced cost-effective or practical solutions that can be used in the field.

The need for granulated cement is widely recognized in the industry since, in its powdered state, cement has a short shelf life due to premature hydration from moisture in the air. Additionally, the powdered cement exposes workers to the adverse effects of dusting, and with more than 3 billion tons used each year, it is one of the two largest producers of carbon dioxide (CO2) – creating up to 5-10% of man-made emissions of this a major greenhouse gas worldwide.

The determination of INKAS® scientists has successfully led to the creation of a patent-pending granulated cement whose characteristics and shelf life exceed that of conventional powdered cement.

INKAS® scientists discovered that the key to creating granulated cement lies within the physicochemical activation of cement powder which is caused by placing cement under mechanical stress. Furthermore, this process makes it possible to granulate/pelletize the activated cement with practically any commonly used equipment.

The mechanical energy applied to the cement grains causes changes within the particle, and results in the rearrangement of atoms and molecules in a crystal structure. These changes lead to altering the internal energy of the cement particles, thereby causing their activation.

Physicochemical activation increases the attraction of cement particles to each other, as the cement is energetically charged in this state. The energy charge of the activated cement is the binder that holds the cement grains together in the granulation process.

INKAS® scientists have been invited to present their findings at the Seventh International Conference on Durability of Concrete Structures (ICDCS 2020), where they will be speaking amongst esteemed subject matter experts.

The conference will be held in Jinan City, China on June 5, 2020, and will bring together leading experts in the field of concrete durability from around the world. The prestigious event was established to discuss the recent progress and latest developments in materials technology, assessment of performance both in laboratories and on site, service life concepts and reuse and recycling of construction materials and products to enable concrete structures to be durable and sustainable.

INKAS® is committed to conducting its business in a responsible and ethical manner that is compatible with the balanced environmental and economic needs of the communities in which it operates.

The published international application outlining the details of the cement granulation method are available at: https://patents.google.com/patent/WO2018157239A1/en?oq=wo+2018%2f157239.