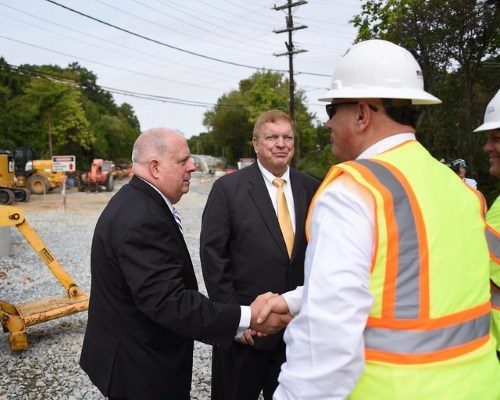 The Maryland Department of Transportation revealed a 299-page draft of its Fiscal Year 2020-2025 capital investment program for transportation infrastructure on September 10, with the agency noting in the report that it plans to invest $15.3 billion over the next six years in a variety of projects aimed at “improving access to jobs as well as improve freight and commodity flows and the movement of goods and services in and through Maryland.”

“The Maryland DOT is currently advancing its largest construction program in its history reflecting unprecedented growth in transportation investments,” the agency added, noting that as of the fall of 2019, it is overseeing 718 active airport, highway, transit, port, bicycle, and motor vehicle projects valued at a total of $7.2 billion.

“An efficient transportation system provides a competitive advantage to businesses in a regional, national and global marketplace,” the Maryland DOT said in the report. “Transportation directly impacts the viability of a region as a place that people want to live, work and raise families, all critical to attracting a competent workforce.”

Governor Larry Hogan (R) emphasized that point during a September 5 event highlighting the installation of the first section of $5.6 billion Purple Line light rail project, which is one of the largest public-private partnership or P3 transit projects in North America.

The 16-mile Purple Line will run east to west inside the Capital Beltway highway, from New Carrollton in Prince George’s County to Bethesda in Montgomery County, with 21 stations connecting to: Metrorail’s Orange, Green, and Red lines; the MARC Brunswick, Camden, and Penn lines; and Amtrak at New Carrollton.

“In Maryland we are proud to be setting an example for the rest of the nation and the Purple Line is at the heart of our state’s infrastructure success story,” Gov. Hogan said in a statement.

“Two years ago when we broke ground on the Purple Line, I climbed into an excavator and personally helped get the construction underway,” he added. “Since then, we’ve been grading, moving utilities, tunneling, and now we have begun building and laying the first segments of track.”