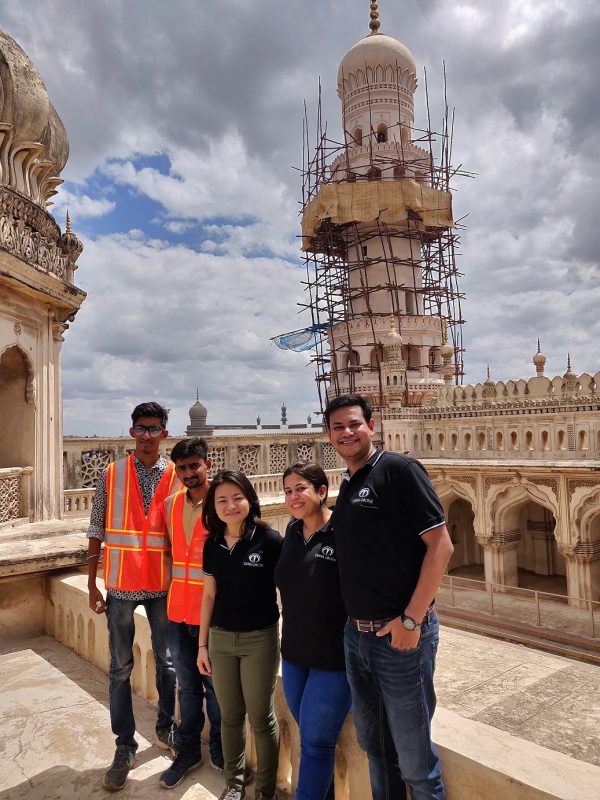 Hyderabad, India – Hyderabad-based drone startup Terra Drone India has successfully completed a multi-sensor, multi-platform scanning of internationally recognized landmark Charminar. Built in 1591, the monument, which is often called as ‘Arc de Triomphe of the East’, suffered significant damage in May 2019 when a huge chunk of lime-plaster from its south-west minaret broke and fell off. This incident made the digital preservation of Charminar extremely time-sensitive and important for the Indian government, and the IT department of Telangana state government invited Terra Drone India to provide innovative technological solutions for the digital preservation of Charminar.

Wing Commander Polu Sreedhar, Chief Operating Office, Terra Drone India, says, “Heritage monuments like Charminar are the treasures of our nation and symbolize the pride of our civilization. Terra Drone India has collated multiple technologies under one umbrella and provided it as a holistic solution to the Archaeological Survey of India to help preserve the monument that speaks volumes about our Indian heritage, culture and ancestral prominence.”

Terra Drone India is an associate company of one of the largest providers of industrial drone services in the world, Terra Drone Corporation. Established in 2018, the startup offers end-to-end drone solutions, right from manufacturing hardware based on specific project requirements and UAV data acquisition to image-processing and delivery of analytics-ready data. Its core areas of specialization include mining, oil and gas, renewables, utilities, and GIS.