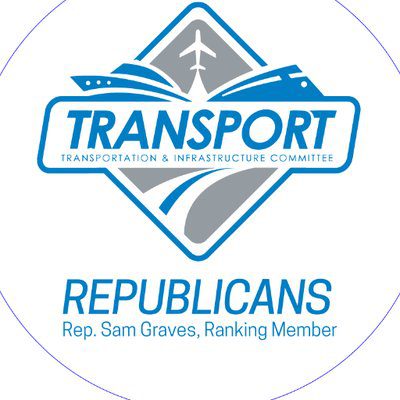 Frequently ignored is the fact that there are issues where members of Congress from both parties and the administration have worked together recently to get things done for the American people.

Infrastructure is one such issue. You just may not have noticed because when it doesn’t rise to the level of political mudwrestling, it doesn’t get air time.

But one thing is clear as the president prepares to deliver his State of the Union address tonight: improving America’s roads, bridges, airports, and other infrastructure remains at the top of his and Washington’s agenda.

That’s good news for all Americans, who on average waste an entire work week stuck in traffic – the real gridlock that hits us all at home.

When everyone in Washington agrees that we have to do something, we can’t let such a golden opportunity get stuck in idle.

Instead, lawmakers have an obligation to come together, do what we were sent here to do by our constituents, and get the job done.

When it comes to infrastructure, Congress has a good track record. In recent years, for example, we passed a major long-term transportation bill to improve our roads, bridges, rails, and public transit systems; multiple bills to enhance the country’s ports and waterways; and legislation to invest in our airports and aviation system. With these several laws alone, we’ve invested over $380 billion in our infrastructure.

But we have more work to do in the coming months – as part of a potential infrastructure package and in other important must-pass legislation.

For example, the president and Congress have supported cutting red tape in the federal processes for infrastructure projects. Time is money and we need to eliminate any unnecessary and costly delays when moving projects from concept to cutting ribbons. We should continue to look for those opportunities to streamline cumbersome federal processes. It’s just common sense.

We also have to address long-term funding issues for infrastructure, particularly when it comes to the Highway Trust Fund.

When you fill up at the pump, a small amount of your total cost goes directly to this trust fund, and the money can only be used to pay for roads, bridges and other improvements. This funding method was established in the 1950s to make sure that those who used the system helped pay for the system.

Today, with the growing use of highly fuel-efficient cars, hybrids, and electric vehicles, drivers of those vehicles now pay much less – even nothing – to help fund the system. That means the gas tax is no longer as effective as it used to be: one key reason we are falling behind in funding our transportation system.

Congress will consider potential options to address this problem, but I believe our future lies in transitioning to a Vehicle Miles Traveled (VMT) program as the best way to ensure that everyone contributes to help fix and build roads and bridges.

VMT is already being put into practice in some states. It’s time to pursue this solution at the national level.  We can’t put off the future any longer.

Once we fix the Highway Trust Fund and reestablish its self-sustainability, we can start looking to the future and building the modern and transformative transportation system we need.

Utilizing innovation and developing technologies is also something we must do better across the spectrum of infrastructure.

From self-driving cars, to vehicles that can communicate directly with the infrastructure around them, to drones delivering packages to our doors or monitoring the seas for illegal activity, innovation has dramatic potential to increase transportation efficiency, improve safety, and create jobs. Our federal policies have to better reflect the technology sector’s ability to evolve rapidly, striking a regulatory approach that ensures safety while incorporating technology into our infrastructure.

Looking ahead, many ideas to improve our infrastructure will be on the table. We should thoughtfully consider them all, keeping in mind how to deliver the future infrastructure system Americans deserve.

Despite headlines that fixate on political gridlock, many of my colleagues and I know how important it is to our economy to improve our infrastructure. The president is a builder, and he knows it, too. I am optimistic that Congress and the administration can continue to focus on tackling the actual gridlock that Americans face in their daily lives – on the roads, at airports and across the infrastructure network.

Graves is the ranking member of the Committee on Transportation and Infrastructure. He represents Missouri’s 6th District