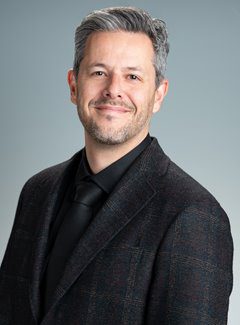 Over the past 20 years, Gedney has played a lead design role on large projects, both domestically and internationally, with a focus on innovative master planning of sports and entertainment districts. This includes work on Rogers Place Arena in Edmonton for the NHL’s Edmonton Oilers, State Farm Arena Renovation in Atlanta for the NBA’s Atlanta Hawks, Little Caesars Arena in Detroit for the NHL’s Detroit Red Wings and NBA’s Detroit Pistons, Mercedes Benz Stadium in Atlanta for the NFL’s Atlanta Falcons; and Avaya Stadium for the MLS’ San Jose Earthquakes.

Prior to joining HNTB, Gedney served as a design principal and senior vice president at another architecture firm.

“Ryan’s unique and broad perspective, diverse set of skills, and reputation in the industry make him a key addition to our firm’s architecture practice as we continue delivering award-winning design to our clients across the country,” said Chris Migneron, NCARB, AIA, HNTB architecture national practice leader and vice president. “His experience on large-scale stadium and arena projects in particular enhance the services that we offer to both professional sports franchises and university athletic departments to help them meet their goals of creating first-class amenities and modernized experiences for their fans.”

About HNTB
HNTB Corporation is an employee-owned infrastructure firm serving public and private owners and contractors. With more than a century of service in the United States, HNTB understands the life cycle of infrastructure and addresses clients’ most complex technical, financial and operational challenges. Professionals nationwide deliver a full range of infrastructure-related services, including award-winning planning, design, program management and construction management. For more information, visit www.hntb.com.

Comments are disabled
NEXT ARTICLE
TRC’s Fearless Predictions for 2019: Clean Power Advances, Pipelines Get Safer and Natural Gas Burns Hot
January 4, 2019
PREVIOUS ARTICLE
Solar Energy to Become a More Attractive Investment than ever in 2019 due to Predicted European Renewable Growth Jump of over 42%
January 4, 2019