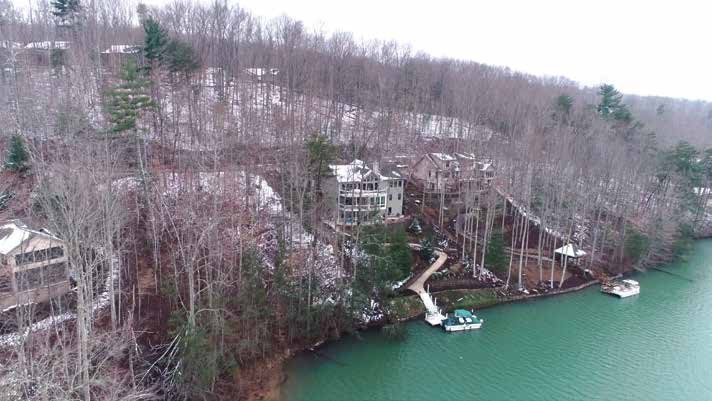 In the early 1970s, a flashy promotional campaign launched Fairfield Glade, a private retirement enclave atop East Tennessee’s Cumberland Plateau. It was the first step of a marathon project that developers likely knew would take generations to complete, but the momentum of its expansion and allure has never wavered.

Today, the 12,000-acre enterprise (population about 8,200; average age 68) is consistently lauded as one of the best retirement spots in Tennessee, and reviewers regularly place it among the top 100 in the country for its amenities and affordability. Significantly, Fairfield Glade has diversified and rebranded as a resort community. Although still attracting a steady stream of retirees, recreational activities associated with the Wyndham Resort at Fairfield Glade lure another highly coveted demographic.

Residents and vacationers intermingle on this playground at five championship golf courses (combined with seven others in the nearby town of Crossville, the vicinity is known as the Golf Capital of Tennessee), 11 spring-fed lakes (some with marinas), indoor and outdoor swimming pools, tennis and pickleball courts, a convention center, a wellness center, upscale restaurants (with cocktails, frequently rare in a state famed for whisky yet notorious for its numerous dry counties and strict liquor laws), and a 20,000-square-foot shopping mall. Fairfield Glade ranks among Cumberland County’s largest employers.

Some credit for this success goes back to the time of its groundbreaking when Fairfield Glade planners didn’t succumb to the chronic tendency of many developers who often budget growth and the operations and maintenance (O&M) fiscal policies of their wastewater infrastructures for the moment. Instead, the project’s engineers contemplated the tomorrows and the days after tomorrows that lie ahead.

While still in the concept stage, Fairfield Glade shared the conundrum of many small towns evaluating wastewater collection systems and afforded only a handful of disparate choices: traditional gravity sewers (dating to Roman times), septic tanks and leach fields (first introduced to the United States in 1884), and an innovative pressure sewer system utilizing a grinder pump station (debuting in 1969).

The latter barely had an O&M track record, and few were asking if thousands of grinder pumps could operate together reliably on a network of slender pressurized pipes. The conventional wisdom that gravity was affordable and adaptable to the Cumberland Plateau’s geographical challenges began to leak and collapse, like so many sewers literally do when succumbing to age and neglect. Septic can be successful when provided optimal soil conditions and only if well-maintained, a concept debunked by an Environmental Protection Agency report estimating 40 percent (8 million) of the nation’s septic tanks don’t function properly and have dumped hundreds of millions of gallons of raw, untreated wastewater and other toxic materials into the ground and (at times) water supply.

“Each system has its good applications,” said Tom Swafford in a 1991 interview. Swafford, at the time the vice president of engineering for Fairfield Glade Inc., the company designing the system, decided to begin with gravity in suitable sectors. He possessed an open mind about the pressure sewers before becoming an early proponent given their benefits and specific applicability to the project.

“Gravity sewers have expensive mains and low-cost taps, so high density and rapid build-out throws the advantage to gravity sewers,” noted Swafford. “Pressure sewer costs are reversed, so it has the advantage where densities are low and build-out is slow. When costs seem close, I make the choice based on a detailed economic analysis of the alternatives. I expect to continue to use both systems.”

From a Few Grinder Pumps to Global Scale

But a clear winner soon emerged, and it’s unlikely Swafford imagined he was stoking the genesis of one of the largest pressure sewer systems in the world—and growing.

With the combination of undulating terrain, extensive lake frontage, old-growth forests, rock outcroppings, beds of limestone and sandstone rampant just beneath the surface, and low population densities over most of the site, Swafford determined early in the project that grinder pumps would be the collection system’s lynchpin. 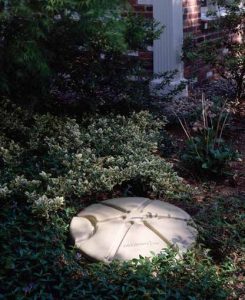 The grinder pump’s motor and other components are easily accessed by removing a low-profile lid often camouflaged with minor landscaping.

He found that pressure sewers are especially advantageous for lakefront homes where lift stations can be eliminated and house elevations can be set without regard for the elevation of the sewer main. Importantly, wastewater is pumped away from the shorelines, so Fairfield Glade’s lakes and riparian zones wouldn’t be threatened by raw sewage emanating from inflow and infiltration (I&I) common to gravity sewers and sodden septic drain fields.

The first grinder pumps, pioneered and manufactured by Environment One Corp. (E/One) in Niskayuna, N.Y., were installed at the fledgling community in 1972, and about 150 still are in use today. By 1991, Fairfield Glade was adding an average of 60 grinder pump stations per year and counted 821 pumps networked by 31 miles of 2- to 6-inch PVC pressure mains.

E/One’s All-Terrain Sewer (ATS) grinder pump station begins with a tank about the size of a dishwasher that’s buried in the ground, its lid easily camouflaged with minor landscaping. Inside, the primary component is a 1-hp, semi-positive displacement pump whose robust torque can propel wastewater through small-diameter, inflow- and infiltration-free pressurized pipe buried just below the frost line for a distance up to three miles—or even straight up 186 feet—to a force main or treatment plant. The total dynamic head provides a nearly identical flow rate regardless of the network’s contours and fluctuating elevations, making ATS the appropriate technology for Fairfield Glade’s diverse and far-flung topography.

“Pressure sewer collection was the solution to the terrain problem encountered in the development: bluffs, gorges and rolling hills,” says Bruce Evans, director of sewer systems at Fairfield Glade. “With elevation changes as much as 200 feet, a conventional gravity sewer system was not an option for the collection and conveyance of residential sewage (now transported via 48 miles of pipe to one of 16 main sewage pump stations). Without the capability of the ATS grinder pump, it would have been impossible to provide sewer service to numerous lakefront lots. This would have significantly decreased the value of the entire development.”

“It’s a really nice area,” says Jerry Cravins, president of Wascon Inc., an E/One distributor in Livingston, Tenn. “It’s been kept-up well, and the public’s eye means a lot to them, so they want to make sure it’s not just a sewer pump and a house. They want the whole community to look good. They are very conscious of how they install a pump and where they install a pump so that it’s not just a system but a component in making Fairfield Glade a showplace.” 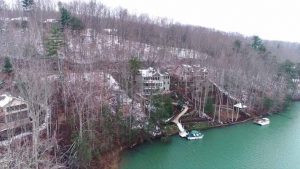 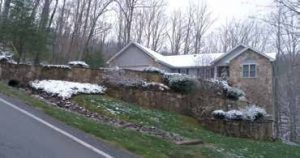 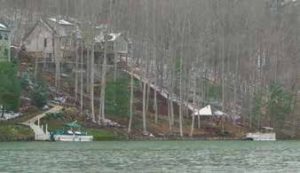 Since the first E/One grinder pumps were installed in 1972, Fairfield Glade has evolved into one of the world’s largest pressure sewer systems.

The benefits of a “sewer anywhere, anytime” technology extends to builders and homebuyers. In modestly scaled projects such as subdivisions, the gravity sewer is installed first but consumes a not-insignificant chunk of the builder’s budget with upfront costs while lots are sold.

But at an undertaking such as Fairfield Glade, where homebuilding has been ongoing for more than 40 years and will continue for decades into the future, upfront costs are deferred. After a buyer chooses a lot, the wastewater infrastructure is brought to them and installed just before home construction begins. Secluded lots, desirable but often considered “marginal” or “orphans” with little value given their remote locations and the prohibitive cost of a dedicated gravity main, can be ATS-sewered and command top dollar.

When a lot at Fairfield Glade is sold, the development’s private sewer department provides the contractor an all-inclusive package, including the purchase of an E/One grinder pump station and components, emplacement by an inhouse crew, and hook-up and activation (a standard installation requires the grinder pump to be no more than 100 feet from the force main and no more than 20 feet from the house). 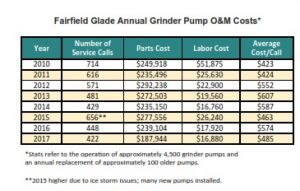 “The crew is responsible for installing the grinder pump from start to finish, including making penetration for the house lateral in the grinder pump tank; digging, removing and breaking any rock; and installing the 1 1/4-inch HDPE discharge,” says Evans. “This provides a seamless discharge from pump to curb stop/check valve assembly. The crew uses a pneumatic piercing tool to bore under the roadway when necessary and executes a wet tap to tie the discharge into the force main. This is all performed shortly after the lot is cleared, but before construction of the new home begins.

“When construction of the home is nearly complete, the sewer department pulls an electrical permit, installs the grinder pump control box and makes all electrical connections per code,” says Evans. “A very thorough procedure is followed during the start-up of the pump to ensure no problems exist.”

Although the grinder pumps are owned by the homeowners, part of the monthly sewer user fee ($30/month) is used to pay for operation and grinder pump maintenance.

“The Fairfield Glade Sewer Department is cash positive for a number of reasons,” notes Evans. “Monthly sewer fees are static at $30/month, which has seen two decreases over the last seven years. Each new grinder pump installation is paid for by the homebuilding contractor. This includes a sewer capacity fee ($1,377), a sewer availability fee ($1,687) and a sewer tap fee ($6,500). These currently generate more income than expense.”

Almost from the beginning, Swafford directed his maintenance foreman to keep detailed records on all service calls—a practice continued today. With the exception of a few years, the sewer department (staffed with a four-man grinder pump crew for repairs and maintenance) found that O&M costs were less than originally estimated, even as the pump population expanded and the system aged. Recent pump-tracking stats mirror the earlier findings, showing that the number of calls and parts and labor costs have declined significantly in the last three years (see accompanying chart).

To launder wastewater from thousands of homes and facilities, Fairfield Glade incorporates a slow-rate land-treatment facility. It has no direct discharge, and utilizes spray and drip irrigation for effluent disposal.

Because the ATS is a sealed system, I&I is virtually eliminated. On the other hand, “the gravity sewer portion of the system is problematic and contributes a significant volume of I&I during wet-weather events,” adds Evans. “The majority of our I&I remediation budget is spent on the gravity portion of the collection system.”

Through time, Fairfield Glade’s original footprint has aged gracefully into a series of pleasant neighborhoods scattered throughout the community while incorporating the ATS to expand elsewhere like Fairfield North, a 1,400-acre environmentally fragile tract on the Cumberland Plateau’s highest elevations that claims the second-highest number of plant species in the world.

“A master sewer plan for all of Fairfield Glade was created by J.R. Wauford Company in 1999, and the design called for pressure sewers,” adds Evans. “The area of the Fairfield North development has shallow soil to rock, which made pressure sewers more practical. With the elevation changes, gravity sewers would have eliminated a number of prime building lots. Total build-out is expected to take many more years with the total number of lots unknown.”

Joseph Harmes is a freelance writer who has documented the evolution and acceptance curve of pressure sewer systems since the 1990s; email: escritorsma@gmail.com.