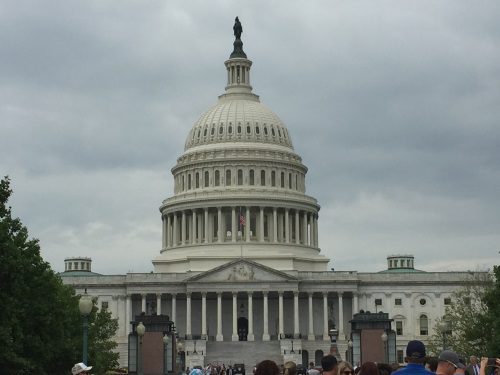 Over a month after being passed by the House of Representatives, the reconciled America’s Water Infrastructure Act of 2018 passed the U.S. Senate with a vote of 99-1 on Oct. 10,

“President Trump called on Congress to take action on the country’s water infrastructure and we have done that today,” noted Sen. John Barrasso, R-Wyo., and chairman of the Senate Committee on Environment and Public Works in a statement. “America’s Water Infrastructure Act will cut Washington red tape, grow the nation’s economy, and help keep communities safe. It will create jobs, reduce the deficit, and give local stakeholders more control of projects.”

He added that this legislation will not only help deepen nationally significant ports and maintain the navigability of inland waterways, it will also “help communities recover from devastating storms like Hurricane Florence and the damage it left along the East Coast, especially in North and South Carolina.”

“This legislation invests in the critical water infrastructure we don’t see every day, but that American families in every state rely on, such as drinking water systems, dams, reservoirs, levees, and ports,” added committee ranking member Tom Carper, D-Del.

“It supports and creates good-paying jobs here at home, incentivizes businesses to buy and use American products, and authorizes and expands programs for clean drinking water for the first time in more than two decades,” he said.

“And when it comes to local infrastructure projects, it ensures the voices of our country’s local governments are being heard by the federal government to ensure needs are being met and taxpayer dollars are being used efficiently,” Carper added. This is the first major infrastructure bill to clear this Congress, and it’s one that should be celebrated.”

Frederick “Bud” Wright, executive director of the American Association of State Highway and Transportation Officials, praised the bill’s contents in a letter to the EPW committee on Oct. 9 – especially in terms of its potential to improve domestic freight flows.

“The result of bipartisan and bicameral negotiations, the America’s Water Infrastructure Act of 2018 authorizes critical U.S. Army Corps of Engineers port, waterway, flood protection, and other water infrastructure improvements across the country,” Wright said in his letter. “Water transportation is a vital element of the national multimodal transportation system and essential to the efficient movement of freight. Improving and modernizing our ports, harbors, and waterways will ensure our nation’s economic competitiveness.