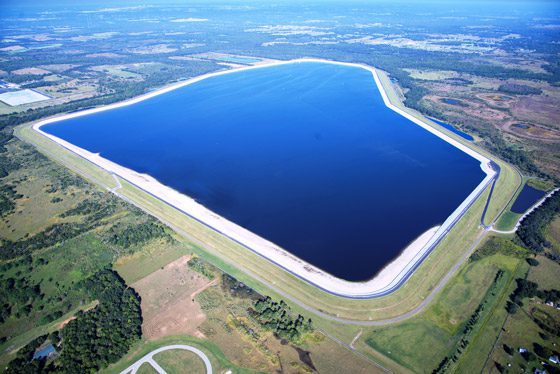 Gannett Fleming served as the design engineer for the renovation of the reservoir in collaboration with the contractor, Kiewit Infrastructure South. The reservoir features an innovative Carpi geocomposite liner, state-of-the-art seawall, and a first-of-its-kind gabion gravel drainage system. The 15.5 billion gallon reservoir, constructed with custom-built equipment to convey and compact the soil cement armoring, serves more than 2.5 million people.

The international Hermes Creative Awards competition recognizes the outstanding work of professionals involved in the concept, writing, and design of traditional and emerging media. Gannett Fleming previously received three awards for the firm’s work on the reservoir. The American Council of Engineering Companies (ACEC) presented an Honor Award to the firm at the 2017 ACEC National Engineering Excellence Awards ceremony. The Florida Department of Environmental Protection named the reservoir the Project of the Century and the Florida Institute of Consulting Engineers presented Gannett Fleming with a Grand Award in the water resources category during its Engineering Excellence Awards.