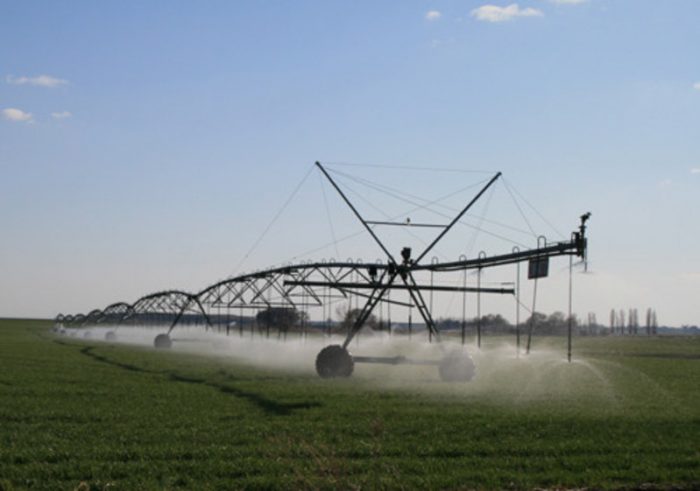 MOSES LAKE, Wash. – Groups have formed and progress is being made regarding a solution/project to help deep well irrigators/farmers in the declining Odessa Aquifer north of I-90 and east of Moses Lake in Washington State.  The solution is to provide surface water from the East Columbia Basin Irrigation District’s “East Low Canal” by utilizing new canal turnouts infrastructure, new pump stations located at various locations along the Canal.  This project, known as the “North I-90 Odessa Aquifer Groundwater Replacement Project,” will replace the groundwater pumping from the aquifer.

Over the past 50 years, irrigation has taken place in the Odessa Subarea Aquifer in the northern Columbia Basin of Washington State.  A large portion of the Subarea is located within the boundaries of the United States Bureau of Reclamation (BOR) Columbia Basin Project, with the landowners utilizing wells to irrigate their properties rather than water provided through Project facilities.  Those wells have experienced serious water level declines that have adversely impacted pumping levels to the point that many wells have had to be deepened or abandoned.

As a result, groups have formed and momentum is growing to build the following proposed surface water irrigation systems north of I-90 & east of Moses Lake, WA:

After several meetings and signing of an MOU between the North I-90 Odessa Aquifer Groundwater Replacement Project landowners and the East Columbia Basin Irrigation District, an engineering services firm has been retained and has started the preliminary design of both proposed EL 11.8 and EL 22.1 systems.  The design of the irrigation systems will meet all the engineering standards and requirements of US Bureau of Reclamation. 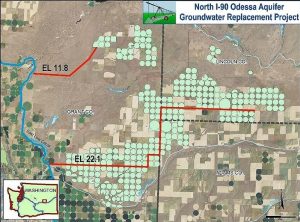 While the EL 11.8 and EL 22.1 landowners are going to be committing/providing private investment to help build the infrastructure from the East Low Canal to affected properties east of Moses Lake, Washington and North of I-90, it is estimated that some federal and/or state funding will be needed to do a full buildout especially of EL 22.1.   However, without federal and/or state funding to augment the private funding that has been committed, then EL 22.1 would likely only be able to be constructed from the East Low Canal to Road W NE, which is about 15 miles east of Moses Lake.

As a result, the North I-90 Odessa Aquifer Groundwater Replacement Project is requesting some Federal Infrastructure Funding and/or State Capital Budget Funding to partially match the private funding that has been committed.