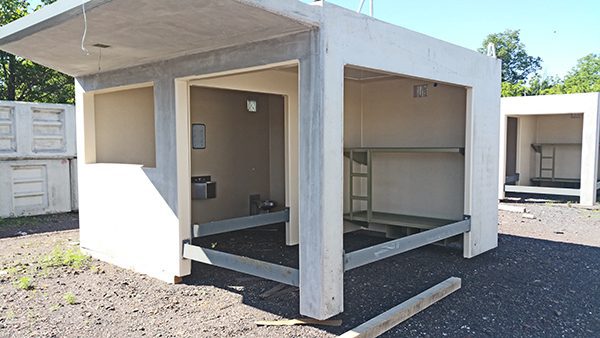 CAPE MAY COUNTY, N.J.  – After several years of diligent determination, Cape May County will finally get the new correctional center they have been waiting for and will be utilizing prefabricated jail cells to do it. 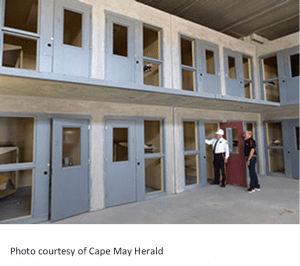 Facilities Director AnnMarie McMahon stated in the Cape May County Herald, “the use of modular units will help with quality control and the schedule to construct the facility. They are factory constructed and delivered to the site, so before we know it, there will be significant progress once we begin. The modular units get delivered with plumbing fixtures and interior fixtures already in place so it’s just a matter of stacking them and constructing around them.”

The rear chase configuration was chosen because it allows the maintenance personnel to have access to the mechanical systems without having to disrupt the prison population’s daily routines. 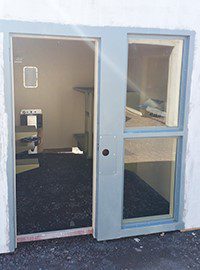 “After the jail cells are complete, they are shipped to the jobsite,” said Sandy Kester, Project Manager for Oldcastle Precast Modular. “It takes under 10 minutes to make one cell secure as the crane rolls on to hoist another. That’s one reason construction can advance quickly.”

The 85,000-square-foot correctional center features housing for 320 inmates, a medical area that will be able to house inmates, in addition to a laundry facility which will enable the jail to do most of the laundry items for the Crest Haven Nursing and Rehabilitation Center and the animal shelter, reducing costs. The correctional center will also include a separate juvenile housing unit as an alternate bid package.

The start of the project on Crest Haven Road was Aug. 1, 2016. Target completion is scheduled for the beginning of August 2018.

Construction is being performed by Hall Construction Co. and Hill International is overseeing the project for the county.