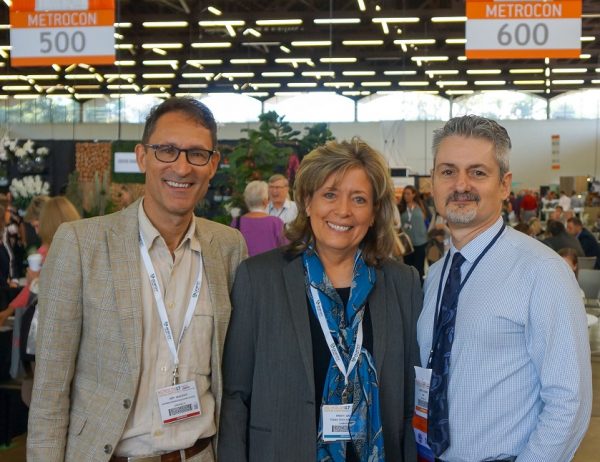 Oakbrook Terrace, Ill. – The Interior Design Educator’s Council (IDEC) received the Chilewich Education Award at Metrocon17, a design specification-focused regional expo and conference held at Dallas Market Hall in Texas in early August. This monetary award of $1,000 was presented during the keynote presentation to IDEC President-Elect Hans-Peter (Hepi) Wachter and IDEC Southwest Region Chair Kristi Gaines, both of whom were co-teaching a course during the conference.

Wachter said he was surprised to receive the ad-hoc award on IDEC’s behalf, as it was formed on-site after he and Gaines mentioned to a member of the Metrocon committee that more Southwest Region IDEC graduate student members would come to events like Metrocon if their budgets allowed.

“To create this award – and more importantly, this opportunity for students – on site based on a quick conversation really shows Metrocon’s dedication to continued learning in our field. This award will certainly give more IDEC student members access to these educational events.”

Comments are disabled
NEXT ARTICLE
From the Editor: There’s No Replacement for ‘Learning by Doing’
August 30, 2017
PREVIOUS ARTICLE
Harris Williams & Co. Advises BHI Energy on its Sale to AE Industrial Partners
August 30, 2017