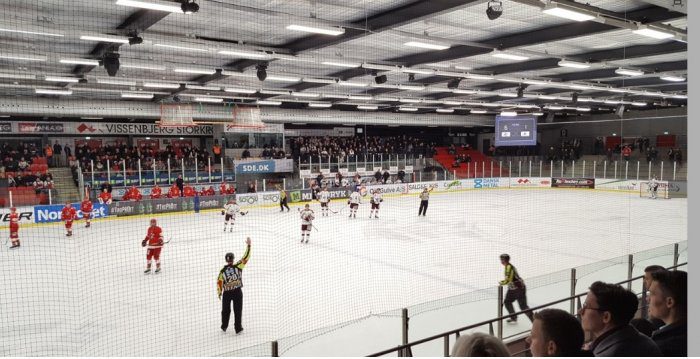 There is brand new lighting in Odense’s sports centre. The new lighting system is made with LED and can create dynamic lighting settings at the sporting events that are transmitted on television. At the same time, the new solution basically requires no maintenance for the next 10 years and the cost of deploying and upgrading its lighting to LED is paid solely by means of energy saving.

“The sports centre is a facility, which is right at the top of what is currently available, and this both Odense and Rambøll can be proud of,” explains Jesper Stougaard, Senior Consultant at Ramboll.

The renovation of the sports complex is an example of the 244 municipal buildings to be renovated as part of the Energy Lean project. Odense Municipality is planning to be CO2-neutral by the year 2050 and therefore they have invested DKK 225 million in energy renovation, which in the next 15 years will be recouped through lower expenditure on electricity, water and heat.

Ramboll has been involved in the project from its beginning. In cooperation with the municipality Ramboll consultants verified individual actions in relation to the overall economic planning and in order to create the optimal energy-efficient solutions for individual buildings. One public building that has attracted the interest of both professionals and the municipality – namely the renovation of the sports centre and in particular the two ice-skating rinks.

It is essentially new lighting that has been the focal point of the renovation, where all the old lighting has been replaced with LED. Ordinarily the sports centre houses many associations and clubs, as the 2 professional teams: handball team, HC Odense and hockey team, Odense Bulldogs. The halls in the sports centre are also used for major events such as concerts, international and major Danish sports events and elite sports camps.

The renovated halls and lighting have been well received by the public and they have attracted interest from both Danish Lighting Centre and the television channel TV2 Sport. The new lighting installation makes it possible for TV2 Sport to show an ice-hockey puck in super-slow-motion, even though the puck is moving at over 100 km/hour.

“I’ve been in almost all of Denmark’s ice rinks, and there is not a similar system” says Jesper Stougaard, Senior Consultant at Ramboll.