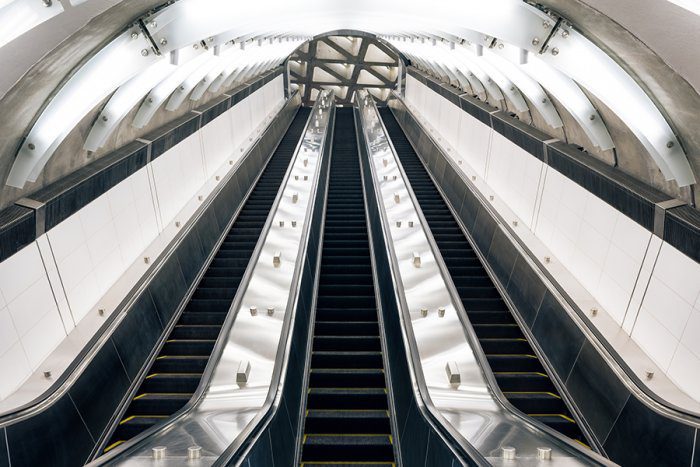 NEW YORK, NY  —The AECOM-Arup joint venture is celebrating the completion of the first phase of the Second Avenue Subway for the MTA. It is the first major expansion of New York City subway system in nearly a century, the 1.8 mile stretch of track runs between 63rd and 96th streets and consists of three new stations, plus one upgraded station. The AECOM-Arup joint venture provided full engineering and architectural services for Phase 1 of the US$4.451 billion landmark project, which broke ground in April 2007.

“The on time completion of the first phase of the Second Avenue Subway is a major achievement. The engineering and design ingenuity represents our best-in-class approach to large scale transit projects,” said Julie D’Orazio, senior vice president, NY Metro Transit/Rail Manager, at AECOM. “We thank the Metropolitan Transportation Authority (MTA) and the governor’s office for their guidance and support; because of it the project met the completion deadline set in 2009. We are excited for New York City residents to experience this iconic new subway line.”

“The opening of the Second Avenue Subway will immediately improve the quality of life for thousands of New Yorkers,” said Craig Covil, Arup principal. “Designing and delivering such a complex project required the complete collaboration and unwavering effort of a robust team of engineers and contractors, and would not have been possible without the strong leadership and vision of the MTA and the governor’s office.”

The Second Avenue Subway is part of Governor Andrew Cuomo’s proposed program for improving transportation infrastructure throughout the state, to ensure those who live, work and travel in New York have a safe, efficient, balanced and environmentally sound transportation system.

Serving approximately 200,000 daily riders, the first phase of the Second Avenue Subway will improve travel for both city and suburban commuters on Manhattan’s east side. On an average weekday, it will relieve overcrowded conditions on the nearby Lexington line by as much as 13% (23,500 riders). The project, initially imagined in 1929 and derailed by the Great Depression, will eventually run 8.5 miles along the east side of Manhattan.

“The Second Avenue Subway is a transformative project that takes a leap forward in engineering and design innovation of a transit system.” said Liam Dalton, P.E., project manager at AECOM. “We are very proud to have been a part of the project. Its success is a testament to the hard work, dedication and close collaboration with the contractors.”

Multiple Roles, Critical Responsibilities
An intricate balance of infrastructure, buildings and transit, the Second Avenue Subway project called for a comprehensive approach, one that recognized the social, economic and environmental issues facing the city of New York. Capitalizing on its multidisciplinary capabilities and global expertise, the AECOM-Arup joint venture responded to this situation with services that extend beyond conventional engineering. Among them:

About AECOM
AECOM is built to deliver a better world. We design, build, finance and operate infrastructure assets for governments, businesses and organizations in more than 150 countries. As a fully integrated firm, we connect knowledge and experience across our global network of experts to help clients solve their most complex challenges. From high-performance buildings and infrastructure, to resilient communities and environments, to stable and secure nations, our work is transformative, differentiated and vital. A Fortune 500 firm, AECOM had revenue of approximately $17.4 billion during fiscal year 2016. See how we deliver what others can only imagine at aecom.com and @AECOM.

About Arup
Arup provides planning, engineering, design, and consulting services for the most prominent projects and sites in the built environment. Since its founding in 1946, the firm has consistently delivered technical excellence, innovation, and value to its clients, while maintaining its core mission of shaping a better world. Arup opened its first US office more than 30 years ago and now employs 1,400 people in the Americas. The firm’s employee-ownership structure promotes ongoing investment in joint research to yield better outcomes that benefit its clients and partners. Arup has played a major role in several transportation projects in the New York area; in addition to the Second Avenue subway, the firm is involved in the replacement of the Tappan Zee Bridge, the refurbishment of Terminal 5 at John F. Kennedy Airport, and the construction of the Fulton Center and No. 7 Line Extension. Visit Arup’s website, www.arup.com, and the online magazine of Arup in the Americas, doggerel.arup.com, for more information.