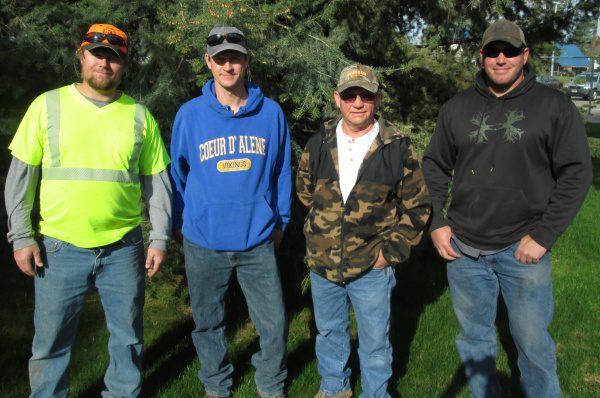 The work was recognized with a department Excellence in Transportation award Nov. 17 in the Maintenance & Operations category, and the sliding girder innovation was also named one of ITD’s Best of the Best for 2016 innovations in the Economic Opportunity category in late October.

The repairs extended the life of the bridge to safely serve area drivers (approximately 22,000 each day) until the bridge can be fully replaced. Reducing the duration of the closure allowed general traffic to resume using the bridge much sooner, and also benefited local law enforcement and emergency responders, who use the bridge as a critical conduit into the homes and businesses of that neighborhood.

ITD’s crew completed these repairs at a cost of $39,000 (most of that was steel) compared to the estimated $200,000 it would likely have cost a contractor to do the same work. The repairs also addressed needs of heavy truck traffic, nearby residents and school children.

This innovation, and the resulting repairs, allowed the department to meet the needs of local businesses, which rely on the bridge for deliveries. The bridge also allows access to a subdivision and residents in the area. As the only route under the freeway, school children in the area traveled under the bridge to get to Fernan STEM Academy, a kindergarten-through-fifth grade elementary school serving about 450 students. The school is half a block south of the bridge.

ITD crewmembers stopped work and escorted the children walking or bicycling past the work zone each morning and evening. Crews worked Monday through Thursday, and the site reopened each weekend to unrestricted use.

The project involved shoring up the girders on the westbound approaches to the bridge. The approach had dropped approximately 3/8-inch, creating an unsafe driving surface.

“There were places on the bridge where a man’s arm could be pushed through,” Fellom said.

Anderson and his crew came up with an innovative solution to the repairs. Previous patches had been cosmetic, but this repair required a structural solution. The bridge will be replaced in four years, but a temporary fix was needed to fill the gap until the future replacement.

The crew started by excavating 1,200 cubic yards of dirt, so they could build a road next to the bridge to stage a loader with a crane arm.

By devising the girder installer/girder support system, the crew could lift the six girders, each weighing about 300 lbs., into place three at a time rather than one at a time, as a regular contractor would likely have done.

This expedited repairs, and also solved a huge safety concern due to the excessive weight of the girders.

“We in the transportation industry constantly hear about unsafe bridges and a lack of available funding to do anything about the problem,” said Fellom. “The approach taken by the district Bridge & Building crew addressed both of these issues in a rapid manner, possibly providing a template for other ITD districts faced with similar issues, and state departments of transportation regionally or nationally.”

The work was done in conjunction with the city of Coeur d’Alene.