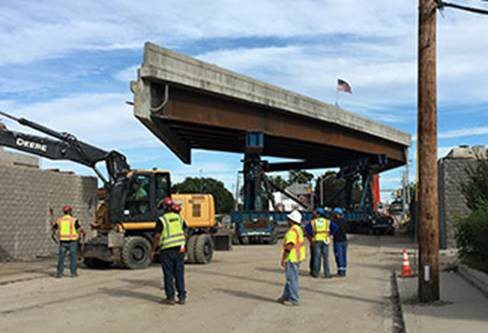 The bridge replacement is part of a two-bridge project that will cost $16.7 million including a $663,000 budget contingency. The project is on budget and on schedule and will reach final completion in June 2017. The McCormick Quarry Bridge was built in 1959 and has been structurally deficient for more than 20 years. It carries 17,000 vehicles per day making the trip from Route 114 North to I-195 West.

Manafort Construction, the general contractor, assembled the bridge with precast foundation elements and constructed the new bridge decks on large supports in temporary staging areas, adjacent to the current bridges. The precast components used are a combination of approach slabs, match cast abutment  caps, wing wall sections, parapets and end posts with separate precast footings connected by grouted splice sleeves, detailed, manufactured, and delivered by Oldcastle Precast Rehoboth, Mass. The components were match cast and/or test fitted prior to the installation to assure a perfect fit and avoid any delays during final erection. 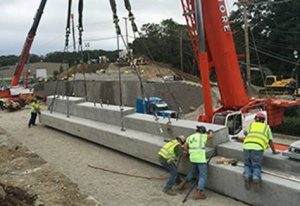 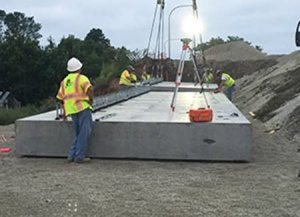 Accordingly, the substructure units were constructed behind the existing interior piers, resulting in a span length of approximately 122 feet, which allowed traffic to remain uninterrupted with the exception of minor closures for erection purposes.

Using accelerated bridge construction methods, the Rhode Island Department of Transportation dramatically shortened the overall construction time, completing the bridge, which carries traffic from Interstate 195 East at Exit 7 to the East Shore Expressway southbound, one year earlier than would be possible using conventional construction methods. Additionally, if RIDOT had not taken this approach, the traveling public would have been impacted over the course of a year with each ramp only opened at half capacity. 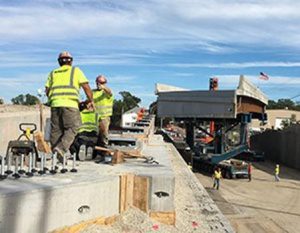 An observer, watching the bridge construction, commented on how far technology has come to make construction like this possible. “You think years ago, when people had to measure with tapes and chalks and strings,” he added. “This is really a fantastic project.”

“We’re pleased with the installation of the East Shore Expressway Bridge and the lessons learned through the first 80-hour process and certainly aided us during the replacement of the second bridge,” RIDOT Director Peter Alviti Jr. said. “This rapid bridge construction approach lets us complete the job of replacing these deficient and obsolete structures as quickly as possible with as little impact as possible to the traveling public.” 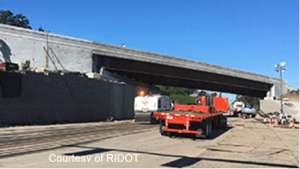 Oldcastle Precast is the clear choice for building products and services for North American Infrastructure projects. We are a leading provider of engineered product solutions nationwide to a number of market sectors including: Water, Communications, Energy, and Transportation