O’Hare Runway Wins Project of the Year Award from CMAA 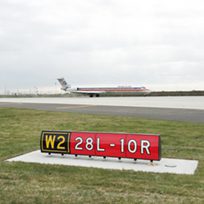