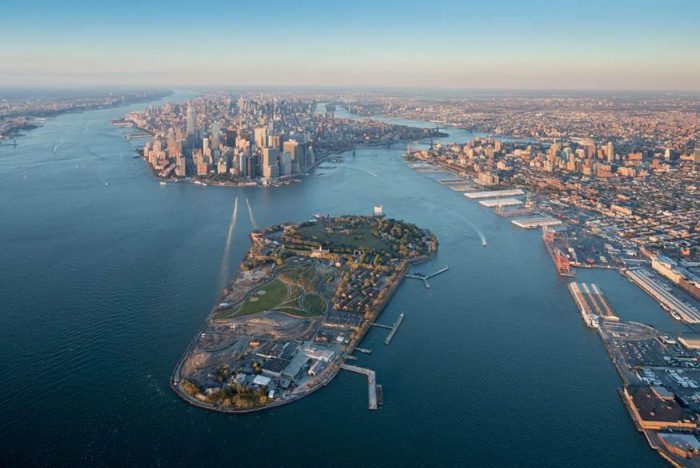 Over the course of the past year, Tensar Corporation took part in a nationally acclaimed project in New York City: The Hills at Governor’s Island.

The Hills at Governor’s Island was an abandoned, natural island, previously a military fort, just a few hundred yards south of Lower Manhattan. New York City wanted to transform this abandoned military base and excavation dumping ground into a grand park on an island accessible from New York City via a short ferry ride.

For the transformation, Tensar partnered with West 8 Urban Design and Landscape Architecture and geotechnical expert Hart-Crowser. Tensar constructed 28,000 square feet of slopes up to 55’ tall above ground. Now, the island boasts views of the Lower Manhattan skyline, the Brooklyn waterfront and is the only landmass from which the Statue of Liberty’s face is visible. Additionally, park guests can enjoy bike trails, art installations, events and more.

The Hills at Governor’s Island: The Hills at Governor’s Island is a natural island in the New York Harbor, a few hundred yards south of Lower Manhattan. It began as a military fort in the 1800s, but was enlarged by excavation spoil caused by the tunnels around New York City. In the 1990s, the island was abandoned by the federal government and given to New York City. The city, mostly through private trust fund donations, was able to put its vision of a grand park on an island into action.

Tensar: For more than 30 years, Tensar has provided economical solutions to common infrastructure and site development needs. Tensar is a full-service provider of specialty solutions and engineering services with a worldwide distribution team. With clear advantages in performance, design and installation, Tensar products and systems offer a proven technology for addressing the most challenging projects.

Tensar The Hills at Governor's Island