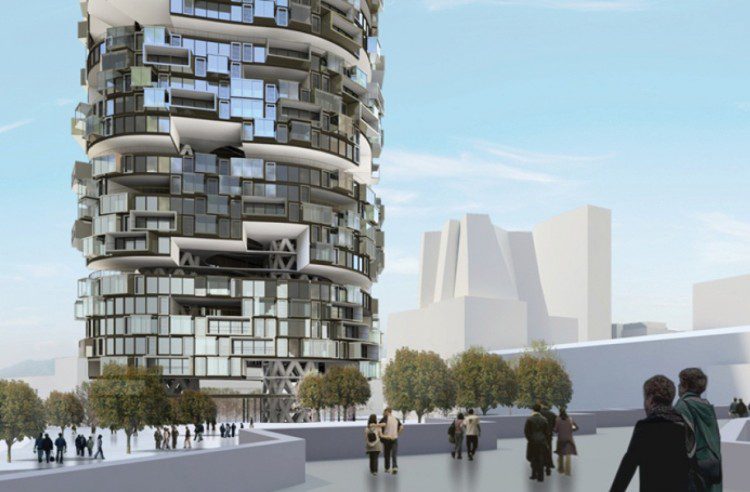 AG5, a small architecture practice based in Copenhagen, Denmark, specializes in simple, sustainable design. “That’s our main focus,” explained Brian Sheldon, partner at AG5. “And by using technology-enabled processes, we’re able to maintain a consistent approach throughout the design process, from conception to construction – and deliver a unique design response to a project’s location and purpose.” The firm’s three partners and five full-time employees collaborate with a diverse range of clients, from private to institutional and governmental in Denmark and internationally.

For AG5, design software is a means to an end: creating inspiring and sensory-stimulating spaces that customers love. “We employ BIM (building information modeling) at an expert level to ensure quality and precision in our work,” stated Sheldon. “And we do this using Bentley’s AECOsim Building Designer.”

AECOsim Building Designer provides AG5 with a complete BIM solution by combining BIM applications for multiple disciplines in one single product that supports integrated workflows and high productivity. It allows companies to work on larger and detailed projects more easily, as they can enable large, distributed teams to work together efficiently.

For AG5, one of the most important features of AECOsim Building Designer is its federated data model. Sheldon explained, “With Bentley, we can have one main data model for a given project and break it down into sub-models – for example, by floor, interior elements, exterior facade, steel framing, and so on – that different teams specialize in.” All of these sub-models can be worked on independently by experts and then referenced into a master model, regardless of the project’s size or complexity.

In this way, everything related to an AG5 design project can be stored in a single, federated model – including work done by third parties using diverse design tools. “One of the reasons we like Bentley software is its interoperability,” noted Sheldon. “For example, when we started a project in Jakarta, Indonesia – the Gran Rubina, a 22-story office building – we worked on it jointly with an Indonesian partner interested in learning about Danish sustainability concepts and using BIM. There had been a lot of pre-work done before we even started the 3D modeling – a lot of analogue and 2D sketching on things like cores, elevators, and stairways, and even sketched-up 3D files.” The partner also had a large office with nearly 50 production people working full-time on CAD drawings.

AG5 knew it was unrealistic to expect them to start using Bentley software – and they didn’t want any of their work to go to waste. So AG5 referenced their partners’ third-party files into the federated 3D model within AECOsim Building Designer. Referencing enabled AG5 to bring everyone’s work together into a single, complete model for clash detection, reporting, and other critical work. “Bentley software allows us to reference those files into our 3D files,” stated Sheldon. “They’re not directly used, but someone can continue to work in a 2D environment, and we can reference their work into our 3D environment, and have everything up to date until we’re ready to take it over to a fully 3D environment.” 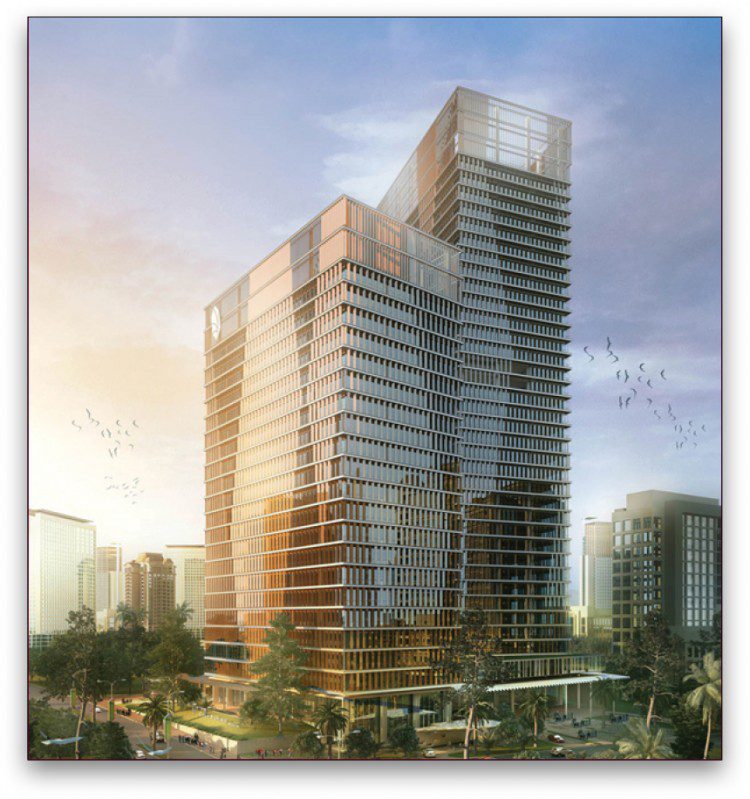 With all of the information for the Gran Rubina project synchronized and reflected in a single, federated data model, AG5 was able to use it as the basis for reporting, dynamic views, sheets, and more. “From a 3D model, we can take dynamic views – which are 2D views of the 3D model – and do further detailing of the design,” explained Sheldon. “Or we can translate them to 2D format so collaborators using other tools can detail them. We have no problem bringing designs into a 2D environment, if that makes sense from either a workflow or cost perspective.”

Equally important, AG5 can keep an on eye on the work completed by people doing the detailing. “The referencing process is completely dynamic,” noted Sheldon. “It’s a kind of live system that can maintain cross-references, which is important because there’s a lot of detailing going on. From there we go to sheets and scale drawings, where we mainly do dimensioning and some other annotation, and then, of course, to issue documentation.”

Cross-referencing also ensures that as changes are made in files referenced into the 3D model, the 3D model itself is automatically updated. “Everything in the system is completely live, so if anyone updates one thing, it gets updated through the whole federated data model,” noted Sheldon.

Equally important, AG5 can pull all three files – the 3D model, the 2D view of it, and the sheet – with ease. “These files are all hyperlinked, which enables us to navigate between them. And because AECOsim Building Designer knows which files are associated with any cut we make through a design, we can, for example, bring the annotation up into the 3D model if we want to.”

AG5 regularly leverages the interoperability supported by AECOsim Building Designer to facilitate better, faster collaboration – both internally and externally. For example, while working with a steel manufacturer on the structural model of a small school, AG5 designers initially modeled the steel with input from their engineers. Eventually, the steel manufacturer took over the responsibility of modeling the steel. “They used our model as a basis. We simply exported our file to IFC, and they worked on it,” commented Sheldon. “When it came back, we were able to pull their IFC model directly into our federated data model to perform a visual inspection and run clash detection testing. The steel manufacturer’s model became the basis for AG5’s sections and drawings.”

In another instance, AG5 entered a competition in New York for a residential steel tower. They had a collaboration already in place with Ramboll in London, so they chose to enter this competition together. But Ramboll’s designers were used to using a third-party parametric software. “Rather than trying to get them to use what we use, we set up a workflow to model the design using their parametric software and exported the file to Bentley software,” stated Sheldon. “By exporting their BIM elements through a plug-in, they were recognized as BIM elements within Bentley, which was actually quite cool. The result was a good workflow going back and forth.” 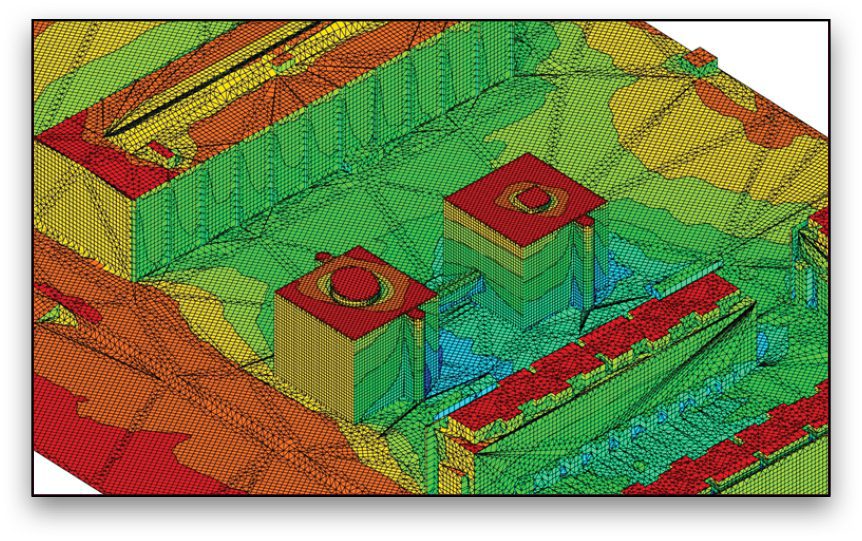 Energy calculations and simulations, in this case a solar exposure study, was done over a whole year which provided clues on how to shade the sun based on how many hours of sun the facade receives.

AG5 also uses its BIM solution to generate valuable reports about projects. For example, in one instance, they received a request from the builder manager who wanted some very basic information broken down into different categories – information that was contained in the project’s 3D model. “And they wanted the report in Excel, because that’s what they preferred to use,” commented Sheldon. “I know a lot of people don’t necessarily think that Excel is BIM or part of the BIM process, but it’s what our client wanted, and we were able to deliver it. Because in BIM models, you get just a ton of data.” In this case, their stakeholder wanted space and area data, which AG5 simply filtered from the 3D model and placed into an Excel spreadsheet that mimicked a template they provided.

AG5 can also use BIM to perform energy calculations and run simulations of projects. “For example, we once ran a solar exposure study over the course of a year,” explained Sheldon. “It gave us clues into what the sun shading could look like based on how many hours of sun the building’s facade got each day.

Patricia Pham leads the marketing strategy and positioning for Bentley’s building design and analysis products. She has more than ten years of experience in marketing and business development for technology, digital marketing, and engineering companies.