The Plummeting Price of Oil and Its Impact on Transportation Funding

In 2014, the balance in the U.S. Department of Transportation’s federal Highway Trust Fund dipped so low that payments to states for work underway was delayed. The shortfall is part of a decade-long trend where revenue has fallen short of expenditures for roads and transit infrastructure. Congress approved a stopgap measure to fund transportation projects, but that will last only until May 2015.

Gas-tax revenues, which are one of the largest sources of funds, have suffered as vehicle fuel efficiency has improved, driving habits have changed and most recently because fuel prices have plummeted. At the federal level and in most states, gas taxes have remained at a fixed amount per gallon even as transportation construction costs have risen, contributing to a 25 percent decline in states’ own transportation funding over that span, according to a Pew Charitable Trusts report.The federal gas tax has not been raised since 1993, and given the increasing shortfall, there is growing bi-partisan call for funding reform. 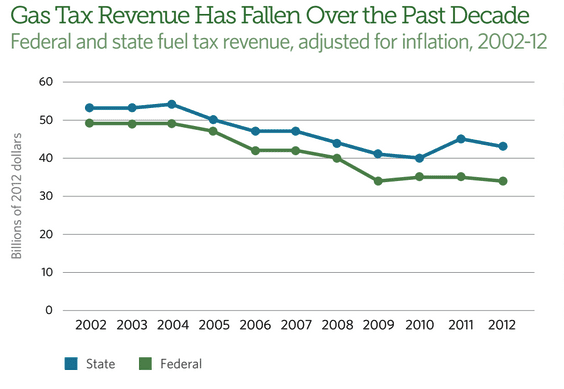 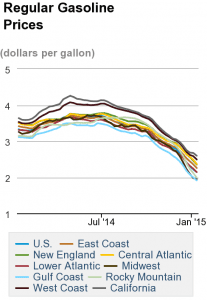 The National Association of Counties recently released its annual county economic tracker. The survey details the economic conditions for the 3,069 county economies in the United States. Five indicators are tracked every year, including the annual change in jobs, unemployment rates, economic output (GDP) and median home price.

Some findings that indicate we’re on a rebound from the recession, but not with even distribution, include the following: 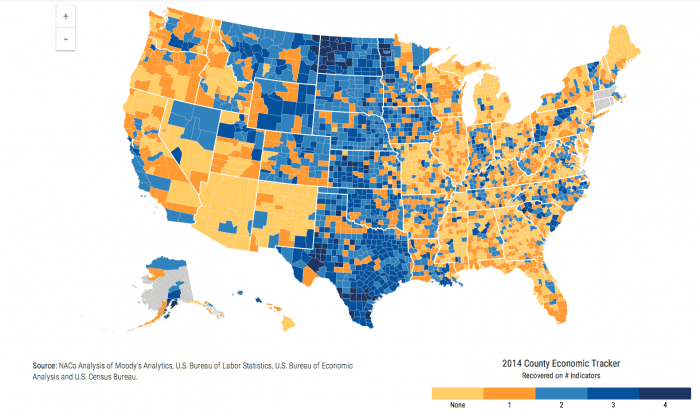 A report in early January 2015 of nonresidential building projects in planning showed a rise of 4 percent in December 2014 and a 17 percent rise from a year ago. The steady increase of the Dodge Momentum Index, rebounding from dramatic declines that began in Feb. 2009 through Aug. 2011, indicates that construction recovery will continue into 2015.

The 2015 Dodge Construction Outlook predicts that U.S. construction starts will rise 9 percent for the year, a greater gain than the 5 percent estimated for 2014. 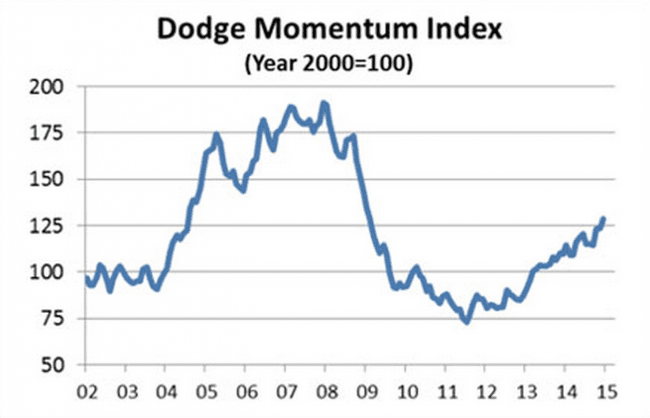 A report released late in 2014 looked at global trends in large infrastructure projects, with an increased focus placed on impact and innovation. The “Infrastructure 100: World Markets Report,” from KPMG International, signaled an increased alliance between government and the private sector to overcome funding hurdles and invest in projects that could improve quality of life.

The 100 projects selected by the panel were from mature markets, economic powerhouses, smaller established markets and emerging markets. The role of private investment had different dynamics in each segment, and each country has its own approach, while all share the universal challenge of attracting investment that’s sorely needed.

Although the report advocates for profound economic, social and and environmental impacts of infrastructure spending, it also laments the failure to date of technological innovations to dramatically improve the cost and flexibility of infrastructure implementation. The revolutionary emergence of mobile telephony to rapidly connect the world is an example of swift infrastructure change that has created major new market benefits when advancements have occurred.

The report provides an interesting and inspirational global picture of projects that represent infrastructure excellence through their scale, feasibility, complexity, innovation or impact on society.