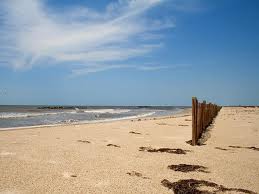 New Orleans, La., Dec. 17, 2014—The America’s WETLAND Foundation (AWF) today released findings from its recent convening of diverse costal leaders, calling for cooperation within the science community on setting ecosystem values along the Gulf Coast and making private sector investment in coastal restoration attractive. Results from the meeting, held at Tabasco headquarters on Avery Island, Louisiana, revealed the need for flexibility by federal agencies to simplify procedures that slow or deter restoration of private lands in valuable estuarine areas not prioritized for early funding in the state’s coastal master plan, yet critical to transition timelines for communities and resource industries.

A special meeting of selected coastal experts was convened in the fourth quarter, 2014, as part of AWF’s America’s Energy Coast initiative and focused discussions on adaptation for Gulf Coast resiliency and sustainability. Experts from all impacted stakeholder communities explored innovative funding mechanisms for coastal restoration on the Gulf Coast and specifically in south Louisiana, which is experiencing the greatest rate of land loss in the world. Attendees included representatives from the White House Council on Environmental Quality, the RESTORE Council, federal and state agencies, universities and research institutions, investment banking, industry, state government and non-governmental organizations (NGOs).

Val Marmillion, managing director of AWF, said, “This was a rare chance for a candid, high level discussion about the great prospects for and barriers to private sector participation in restoration, as well as the opportunities to remove those barriers by applying innovation and common sense to ‘business as usual’ practices.”

During the course of the forum, emerging models for funding restoration were explored and consensus was reached on a number of key factors to move private investment in wetland restoration to a higher scale to meet the enormity of the challenge. “Just last week, national environmental groups released a list of their priorities for restoring Louisiana’s coast and, while we applaud their interest, the real issue is not what the State of Louisiana has put forward in a $50 billion, fifty-year comprehensive plan but the reality of how we will fund big projects. More importantly, is to move quickly forward on transition projects that will keep the ecosystem functioning, while awaiting outcomes from the list of recommended big project solutions,” Marmillion said.

Coastal leaders also discussed the concept of transition projects, a notion that essential environmental services must be sustained as large scale projects move through planning and implementation, which can take years. One such concern was shoring up the embankments of the Gulf Intracoastal Waterway (GIWW) where banks have been compromised and saltwater intrusion threatens freshwater marshes. “America’s WETLAND Foundation is assembling a demonstration project with partners who can make a unique contribution to ensure the GIWW isn’t compromised,” Sidney Coffee, AWF’s senior advisor, said. “Demonstrating new solutions is critical to getting the ball rolling,” Coffee said. For the demonstration project that will shore up GIWW embankments, AWF partners include Ducks Unlimited, the U.S. Army Corps of Engineers, private landowners and Martin Ecosystems of Baton Rouge, among others. The project will seek private sector and federal agency support for restoring the embankment with innovative recycled plastic permeable shore wrapping that will hold native grasses that can fortify the banks and keep the waterway’s footprint from expanding and moving further inland. “The GIWW is the line of demarcation for a coast under assault,” Coffee added.

The findings report also focuses on market-driven approaches to sustaining the environment, which include establishing an ecological marketplace of environmental assets and restoration projects, available to private investors, companies or organizations seeking a more sustainable future who can finance projects for business or community interests. Also topping the list of report recommendations were addressing uninsurability, the unfunded resiliency gap and the need for applying costs of sustaining the environment to balance sheets of private companies – assessing environmental risks to reduce casualty risks and placing a cost on the savings possible with more efficient and effective processes for restoration. “Environmental and economic progress are inseparable in the Gulf Coast, where the services provided by a strong ecosystem mean sustainable business and community infrastructure,” said Marmillion. “Looking forward, a company’s business plan must include sustaining the natural resources that impact profitability or livability.”

King Milling, AWF chairman and former president of Whitney National Bank, said, “There was a lot of attention paid to the interrelationship of a healthy environment to a strong economy, specifically with serious challenges facing the Mississippi River Delta and coastal Louisiana. Without a strong functioning ecosystem, there is little doubt that the future of our robust economy and society is at risk. Unfortunately, most companies undervalue the benefits that a healthy ecosystem provides and the corollary would be true as well; the more we understand the value of it the more we will invest to prevent losing it. This is a trend worth watching and is especially applicable along Louisiana’s coast,” Milling concluded.

Bill Golden, founder of the National Institute for Coastal and Harbor Infrastructure in Boston, in describing common challenges facing coastal regions, introduced the idea of an “unfunded resiliency gap,” in which the cost of inaction is considered in cost-benefit equations. He noted that the insurance sector has available data for these calculations and that such a new criteria would serve to set values on ecosystem services tied directly to the reduction of the liability they provide.

Adam Davis of Ecosystem Investment Partners discussed the opportunity to scale up mitigation banking, “This approach allows private capital to be used to meet government standards for restoration and at the same time provide a fair rate of return on investment.  This lines up incentives the right way, so that ‘the more good you do, the more money you make’,” Davis said.  “We are now investing in large-scale restoration on the East Orleans land bridge just twenty miles east of New Orleans because of the incentives in the Clean Water Act for private investment.”

Participants identified barriers to broad-scale ecosystem restoration and addressed critical issues that include:

•       Need for equivalency standards among mitigation programs to increase efficiency in permitting; time is money.
•       Establishing programs with exceptions that allow for varying streams of revenue from a single acre beyond the 404 permitting allowances, such as nutrient and carbon sequestration credits.
•       Removing hamstrings that deter broad restoration efforts like requirement of containment zones within the structure of large-scale project sites where environmental assets will not be impacted.
•       Changing the culture around sustainability to address the lingering attitude that profitability and a sustainable environment cannot coexist. This often leads to limitations on what is allowable under existing frameworks and guidelines.
•       Resistance by some to allow NRDA fines to be used for mitigation credits on a larger scale where private investments can fund programs quickly and effectively.
•       Hesitancy of landowners to partner in restoration projects because of history of experiences with the permitting process that discourages their participation.
•       Need for transition projects to ‘stop the bleeding’ while waiting for large-scale restoration to come on line; programs need allowances and exclusions from certain restrictions if long-term benefits of a project outweigh short-term impacts.
•       Need to leverage trading opportunities by establishing values of environmental attributes, possibly using de facto valuations like insurability in monetization.

Recommendations from the group came from all sectors and found consensus thinking among participants. “It became clear early on in our discussions that while many companies adopt sustainability policies, the question is really whether conservation is part of their business plans and are actually accounted for on their balance sheets,” Coffee said. “Developing market strategies that provide a return on investment is critical to attracting private dollars to restoration. Making business sense out of restoration is the way forward.”

Dale Hall, CEO of Ducks Unlimited and AWF board member, said, “We are at the crossroads now. It is time for NGOs, industry, private investors, landowners and state and federal agencies to step up and work together or suffer losing the very landscape that provides the resources they depend upon for the environmental and economic benefits for the entire country. This meeting made it clear that progress can be made if we set aside our parochial and political views and put the ecosystem first and agree to what can be done. Otherwise, we will continue to argue about why we can’t do it as it disappears before our eyes.”

The report of findings, speaker’s presentations and other documents from the forum can be found at http://www.americasenergycoast.org/AWFPrivateRestorationFund

The America’s WETLAND Foundation manages the largest, most comprehensive public education campaign in Louisiana’s history, raising public awareness of the impact of Louisiana’s wetland loss on the state, nation and world. The America’s Energy Coast initiative works to sustain the environmental and economic assets of the Gulf Coast region. The initiative is supported by a growing coalition of world, national and state conservation and environmental organizations and has drawn private support from businesses that see wetlands protection as a key to economic growth. For more information, visit www.americaswetland.com