/ Corporate / Taiwan Gets New GIS for Disaster Prevention and Planning

Taiwan Gets New GIS for Disaster Prevention and Planning 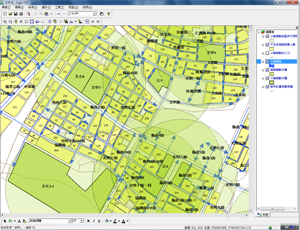 In general, the accurate distance measurement from each residence to the shelters is necessary for Disaster Prevention and Planning. To assist Zhubei city (a city known for high-technology development in Taiwan) in achieving buffer results of shelter ranges with diverse considerations, SuperGIS Desktop 3 is used to build the spatial data of urban disaster prevention and analyze the temporary shelter range.

By means of the analysis and statistic functions in GIS, this project utilized various GIS data processing tools and analyst such as network, buffer and overlaying, and cooperated with estimated value of population in each block to compare values of shelter ranges.