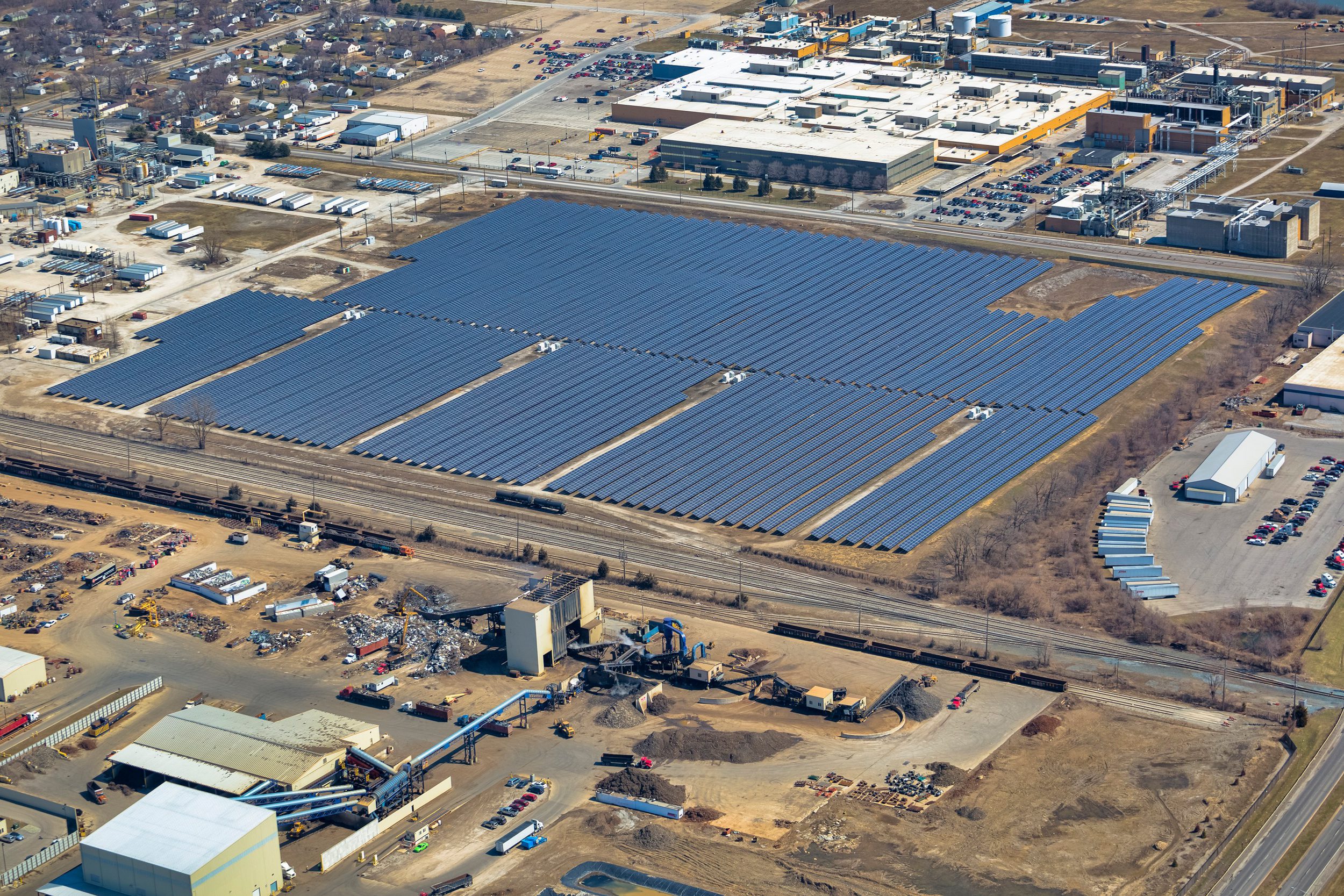 Inovateus Solar, LLC, a worldwide developer and installer of commercial and industrial solar power systems, has participated in the development of a ground-based solar array project installed on the newly operational Maywood Solar farm located on 43 acres near the Vertellus Specialties, Inc. headquarters in Indianapolis, Indiana. The land is owned by Vertellus Specialties, Inc. and supported by Indianapolis Power & Light’s (IPL) Rate Renewable Energy Production (REP) Program. The 43-acre solar array is the first solar farm built on an existing Superfund Site with previous ground contamination.

The Maywood land is a Superfund project site that was remediated starting in 1992 under the supervision of the United States Environmental Protection Agency (US EPA) and Indiana Department of Environmental Management (IDEM), and is now in a monitoring-only status. The solar array was constructed by Hanwha Q CELLS USA along with US EPA, IDEM, IPL, and Vertellus Specialties Incorporated.

The 10.82 MW project is part of a renewal energy production program administered by the Indianapolis Power and Light Company (IPL).

The projected reductions in carbon dioxide emissions are significant and will operate for a period of 20 years. The CO2e emissions are equal to the annual carbon emissions of more than 2,700 passenger vehicles or 1,800 homes.

Under the voluntary feed-in tariff program, IPL will pay Hanwha Q CELLS 20 cents per kW hour for the project. A total of 100 MW of renewable energy projects are allowed under the IPL Rate REP (Renewable Energy Production) program, of which Inovateus is involved with approximately 24 MW of qualified solar energy generation through the Maywood Solar Farm and other projects.

“We were excited to start the development of this project with Vertellus Specialties, and hand it over to Hanwha Q CELLS for completion,” said Inovateus Solar President T.J. Kanczuzewski. “This is another example of how public utilities and private companies can work together to achieve the goal of introducing more renewable energy in the state of Indiana. Our company is looking forward to making other announcements on projects built in the IPL Rate REP program soon.”

Inovateus Solar is a worldwide turnkey installer of commercial and industrial solar systems. Inovateus Solar, LLC, has been involved with the installation of many high profile rooftop, carport, and ground mount photovoltaic systems in the United States and abroad. As a distributor and integrator for many of the world’s largest photovoltaic manufacturers, Inovateus Solar LLC, offers the most competitive pricing for turnkey installations while providing a wealth of experience in system design, specification, procurement and project management. Inovateus Solar continues to expand its scope of operations, with new projects going live from Massachusetts to the Caribbean. http://inovateussolar.com/