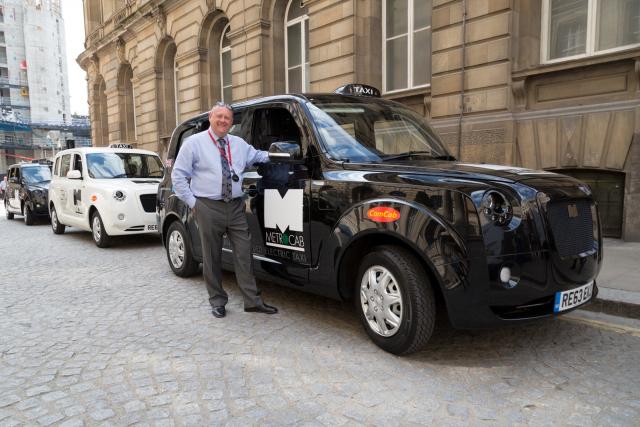 London Mayor Boris Johnson said: “In our Ultra Low Emissions Zones (ULEZ) all taxis are to be zero-emissions capable, which means drivers must switch over to electric drive when in the ULEZ.  The aim is to have 7,000 zero-emissions-capable taxis on the streets of London by 2020, and now is the time to move forward with these remarkable technological developments I have seen outside.”

Commenting on the new zero-emissions capable Metrocab, Boris Johnson said: “It’s superb, an absolutely beautiful machine and a masterpiece of British engineering. Totally silent, it’s the Rolls Royce of taxis and can do 100mpg.”

Speaking at the event, Fiona Woolf, the Lord Mayor of the City of London, said: “We are a world away from the thick and filthy fogs of Victoria London – and even from the post war ‘pea soupers’.  But we have a long way to go before London’s air quality is at the levels we want to see.  Our capital is home to a unique concentration of expertise and initiative, and this is a London-wide challenge – but it is also a global challenge.  Our goals will be achieved through cooperation between the London boroughs, London Councils, the Government and the GLA – who I congratulate on showing such excellent leadership.”

The Metrocab’s REE technology delivers a range of 560km, typically saving a London taxi driver £20-£40 per day based on the average day and night duty cycle in the capital.

Also showcased by Frazer-Nash at the Air Quality reception was a revolutionary new Solar Charging Station model, demonstrating the company’s Concentrated PhotoVoltaic Technology, which converts light energy into electrical energy for charging the Metrocab lithium-ion polymer battery pack. The company is trialling a full-size system at its Surrey headquarters and intends to roll out the charging stations in London and other key cities around the world.

Comments are disabled
NEXT ARTICLE
Diann Scott of Franklin Electric Named to Water Systems Council Board of Directors
July 31, 2014
PREVIOUS ARTICLE
The Infrastructure the Next Generation of Cities Will Need
July 31, 2014