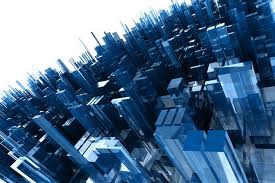 The Technology Strategy Board, the innovation engine within the UK government, has launched a design competition worth £25 million in its hunt for ideas for a “future city”. The competition aims to demonstrate large-scale designs and implementations of integrating city systems in an environmentally-sound, economical way to improve the overall quality of life.

Local authorities of urban areas with a population of at least 125,000 can enter the Future Cities Demonstrator competition. The project will enable businesses to test, in practice, new solutions for connecting and integrating city systems, and will allow UK cities to explore new approaches to delivering a good local economy and excellent quality of life, whilst reducing the environmental footprint and increasing resilience to environmental change.

This will be a two-stage competition process. Cities will be invited to bid for funding to carry out a feasibility study and develop their demonstrator project proposal. Up to 20 grants of £50k will be available and will be funded at 100% of eligible costs. A requirement of the 100% public funding is that a publicly available report is produced on the results of the feasibility study.

Transport, communication and waste management are just a handful of the systems cities and local authorities should be considering when they put together the proposals.

Comments are disabled
NEXT ARTICLE
HP Delivers Direct Access to PlanWell Collaborate from Web-connected Designjet ePrinters
June 13, 2012
PREVIOUS ARTICLE
Putting the 'Where' Into Your Analytics
June 12, 2012