/ Maintenance / How Does a Water Pipe Explode?

How Does a Water Pipe Explode? 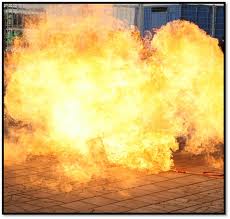 There’s a depressingly long list of accidents, many fatal, resulting from contractors puncturing buried gas pipes after failing to properly locate them prior to excavating, but what about a fatal gas explosion during excavations without any gas pipe being ruptured? That’s what happened in New Zealand.

So what happened? Canadian Pacific had been contracted by Watercare Services to repair a leaky valve chamber on a water pipe, which had been drained while the system was being upgraded.

Gas had been sucked into the pipe from a nearby gas pipeline when the water main was drained. A Watercare Services spokesman was reported saying such an event “appear[s] to be unprecedented in the water industry anywhere in the world.”

Canadian Pacific claimed that nothing could have been done to prevent the accident. However it was found guilty of failing to apply for a permit for the introduction of a flame into an explosive environment and of failing to follow Watercare Services’ procedures, which required monitoring for explosive gas.

PelicanCorp
PelicanCorp’s technology and service suite has been designed and built around the network and asset design and construction processes. Civil contractors operating in the ‘before you dig’ sector, use PelicanCorp’s services to locate and protect the essential infrastructure of public and private sector organisations including those providing telecommunications, power, water and other services. PelicanCorp operates in Australia, New Zealand, UK, North America, Europe and Singapore. It was established in 2000 and is headquartered in Melbourne, Australia.