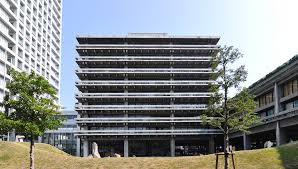 When internationally renowned architect Kenzo Tange (1913-2005) designed the uniquely shaped Kagawa Prefectural Gym here, it was during a time well before the adoption of modern quake resistance standards.

Today, seismic retrofitting work for the building resembling a giant ship is proving to be a big headache for the prefectural government. The shape of the structure, completed in 1964, required the construction of an expensive special scaffolding.

The Kagawa prefectural government had planned to begin the retrofitting work in spring, but three biddings held between November and February failed to attract any contractor. The estimated price for the project was raised to about 814 million yen ($7.9 million) from 578 million yen.

Still, no contractors came forward during the bidding process.

Read more in The Asahi Shimun