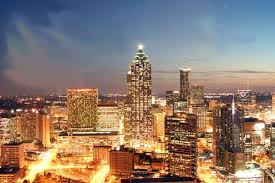 A new Yale-led study quantifies for the first time the primary causes of the “urban heat island” (UHI) effect, a common phenomenon that makes the world’s urban areas significantly warmer than the surrounding countryside and may increase health risks for city residents.

In an analysis of 65 cities across North America, researchers found that variation in how efficiently urban areas release heat back into the lower atmosphere — through the process of convection — is the dominant factor in the daytime UHI effect. This finding challenges a long-held belief that the phenomenon is driven principally by diminished evaporative cooling through the loss of vegetation.

The effects of impaired “convective efficiency” are particularly acute in wet climates, the researchers say. In cities such as Atlanta, Georgia, and Nashville, Tennessee, this factor alone contributes a 3-degree C rise in average daytime temperatures, according to the study, published July 10 in the journal Nature.

The phenomenon could have profound impacts on human health in cities worldwide as mean global temperatures continue to rise — and as more and more people move into cities — said Xuhui Lee, the Sara Shallenberger Brown Professor of

Meteorology at the Yale School of Forestry & Environmental Studies (F&ES) and one of the study’s authors.

“This is a huge concern from a public health perspective.”

For years scientists have recognized the primary causes of the UHI effect. In addition to the changes in convection efficiency and evaporative cooling, these include the tendency of buildings, pavement, and other structures to store more heat than vegetation and soil; heat generated by human-built industrial systems; and changes to the albedo of the Earth’s surface. (Albedo refers to the proportion of sunlight or radiation reflected by the surface of the planet. Light-colored parking lots, for instance, reflect more sunlight back into space than darker surfaces.)

Using satellite data of land surface temperatures and vegetation cover from cities in the United States and Canada, researchers calculated the mean temperature differentials between urban centers and their rural surroundings during both daytime and nighttime hours. They also used climate modeling to produce a more complex range of variables — from air density to aerodynamic resistance — which were then used to quantify the roles of each of the primary drivers of UHI (radiation, convection, evaporation, heat storage, and human-generated heat).

Their results reaffirmed the consensus view that, regardless of the local climate, the release of heat stored in human-built structures is the dominant contributor to UHI during the nighttime.

But during the daytime, researchers found, convection is the dominant factor — particularly in “wetter” cities of the southeastern United States. In those places, the smooth surfaces of buildings and other human-made features are far less conducive to heat diffusion than the densely vegetated areas that surround them. Overall, in wetter climates urbanization reduces convection efficiency by 58 percent.

“The ‘rougher’ surfaces of the vegetation triggers turbulence, and turbulence removes heat from the surface to the atmosphere,” said Lei Zhao, a doctoral student at F&ES and lead author of the study. “But where there is a smoother surface, there is less convection and the heat will be trapped in the surface.”

Convection plays a key role in drier cities, too — albeit with far different consequences. In those settings — including in urban areas of the U.S. Southwest where surrounding vegetation is typically shorter and scrubbier — the rural areas are less effective at dissipating heat. As a result, the urban landscapes are actually 20 percent more efficient in removing heat than their rural surroundings, triggering a 1.5-degree C cooling within the cities.

Other authors of the paper, “Strong contributions of local background climate to urban heat island,” are Ronald B. Smith of the Yale Department of Geology and Geophysics, and Keith Oleson of the U.S. National Center for Atmospheric Research.